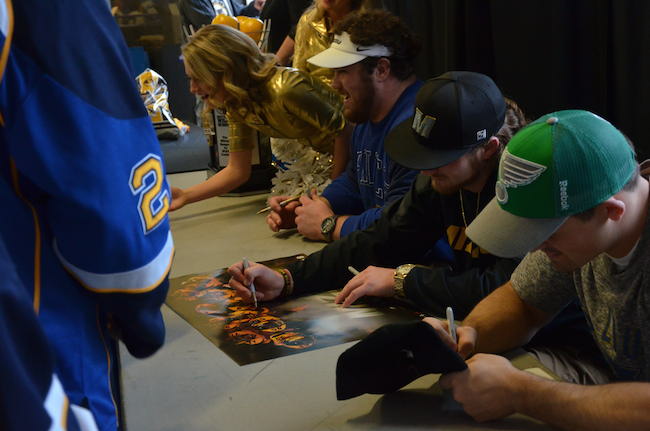 The Mizzou Football players, along with Golden Girls, cheerleaders and Truman spent the evening meeting fans. Boehm, Scherer and Mauk signed autographs before the game and took pictures with fans. Mizzou fans received a black and gold Blues cap if they purchased the Mizzou Night ticket.

After watching the first two periods of the Blues game, the players had the privilege of riding the zamboni during the second intermission. They were introduced to the crowd and honored for their hard work at Mizzou.