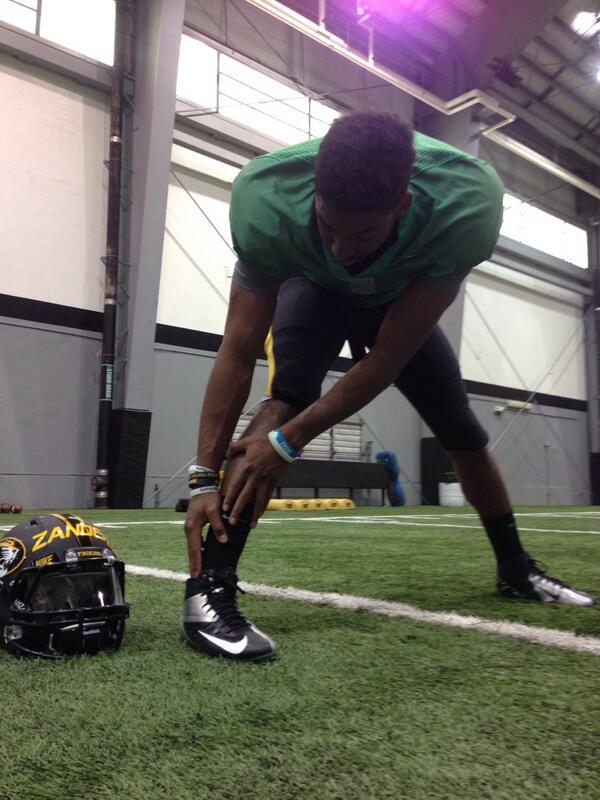 Freshman Marvin Zanders is a dual-threat quarterback from Jacksonville, Fla. He threw for 1,866 yards and 22 touchdowns, in addition to 705 rushing yards and 15 touchdowns in his senior season at Raines High School.

“He’s a great athlete and can really throw the football,” Associate Head Coach Andy Hill said in a February article in the Kansas City Star.

Zanders is so versatile that some have even compared him to former Mizzou quarterback and current Philadelphia Eagles wide receiver Brad Smith.

And that versatility stretches beyond the football field. Zanders was mic’d up at practice on Tuesday, and when he wasn’t throwing darts to receivers, he was providing a beat for fellow quarterback Trent Hosick’s rap.

But despite his many talents, Zanders is still only a freshman, so he’s still learning, adjusting, and getting used to the college game. Luckily for him, though, he has redshirt freshman Eddie Printz to guide him through the process.

And just to make sure Mizzou Nation is aware of his influence, Printz jokingly asked Zanders how much his assistance and guidance have helped him.

“I think Eddie is awesome,” Zanders said. “You’re really helpful. I’ll ask you different things for reads or like ‘what do you think I should have done here.’ Especially when I first got here, in seven-on-seven drills, you were awesome, helping me learn what to do.”

As you can see in the video above, Zanders is a quick learner.