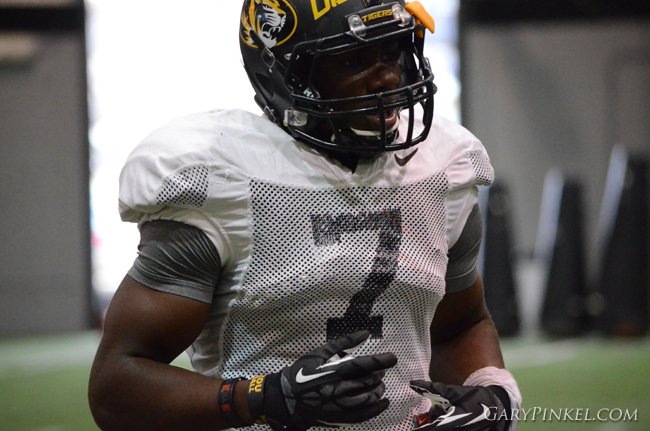 We mic’d up defensive back Kenya Dennis this week during spring practice to give fans an exclusive behind-the-scenes view of this junior college transfer from Leland, Miss.

Dennis previously played for Hinds Community College in Raymond, Miss., where he earned an NJCAA Honorable Mention All-American during his sophomore season. He finished the 2013 season with 25 solo tackles, two fumble recoveries, two pass breakups, one tackle-for-loss and one interception.

With several weeks of spring practices already behind him, Dennis says he’s enjoyed his time at Mizzou so far.

“It’s been a great experience to come in, do spring and get better everyday,” he told safety Ian Simon after practice this week. “It’s been a gradual success for me.”

Looking ahead to next season, Denis said he’s looking forward to playing in the “big games” and making plays for the Missouri Tigers.