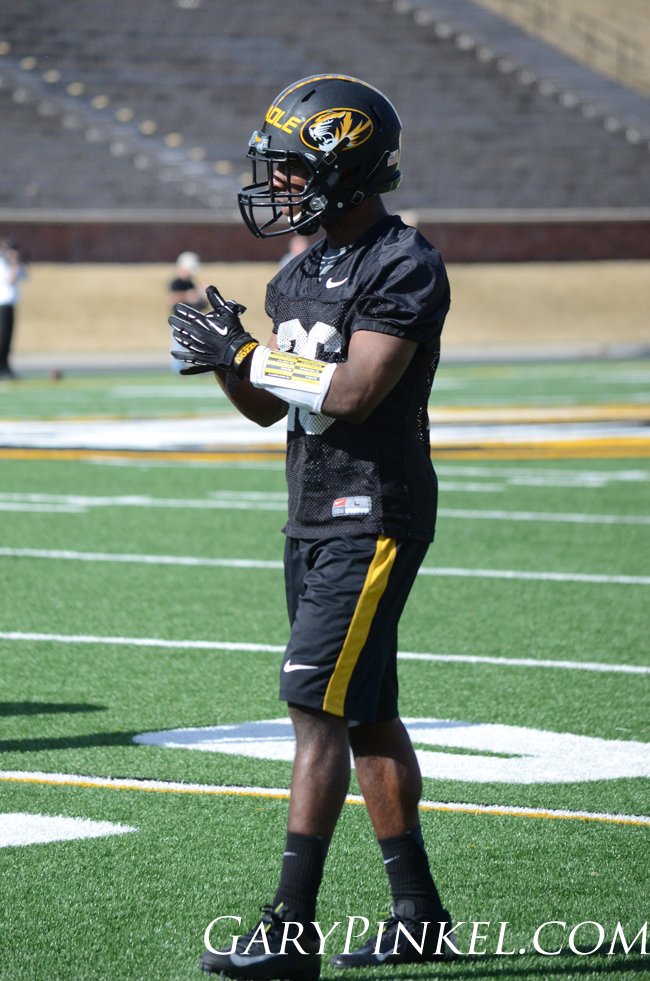 Cheadle is among five Tigers to enroll early at the University of Missouri in time for spring football. He says he’s made a pretty smooth transition onto the team with the help of his “big brother,” redshirt freshman cornerback Anthony Sherrils.

“They do a pretty good job with helping the early enrollees get comfortable with everything, setting us up with big brothers like Anthony here, and they really make us feel comfortable to be around the team,” Cheadle says.

Cornell Ford is the cornerback coach for Cheadle and Sherrils.

“Coach Ford is cool – he’s real cool,” Cheadle says. “I like to see that when I got here, not a lot changed from when I was getting recruited. He’s the same guy.”

With one week of spring practices behind him, Cheadle already has a list of things he can improve on.

“I’ve got to get more physical, and I got to put more weight on, obviously. So I got to do that this summer: get in the weight room, eat a lot and then work on getting more physical,” Cheadle says.

Cheadle was ranked the No. 18 best prospect in the state by ESPN.com and No. 11 by Rivals.com as a recruit for the 2014 season.