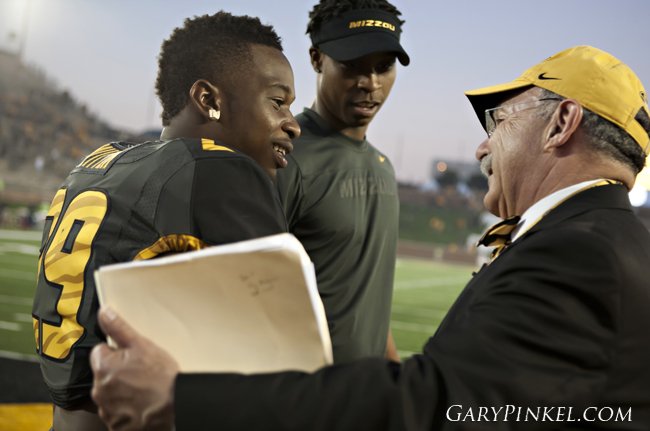 days at Mizzou are a chance for students, alumni, and Columbia residents alike to get into the college football spirit, and Chancellor R. Bowen Loftin is no exception. Since joining the university early this year, Loftin has immersed himself in the university culture, and that includes cheering on the Tigers.

For Mizzou Football’s 103rd Homecoming game against Vanderbilt on Saturday, October 25, Loftin was “mic’d up” to give fans who haven’t had the chance to meet him a look at what his game day looks like. From the Chancellor’s Tailgate outside The ZOU to the stands, Loftin mingled with black and gold-clad supporters, cheered alongside Truman, and tested his “selfie” skills with painted-up fans in the student section.

When he came across a group of boys donning Mizzou jerseys, Loftin asked, “I’ve got a big question for you: Do you all want to be Mizzou Tigers someday?” When they responded yes, and Loftin simply replied, “OK, that’s the right answer.”

Although he’s new to the university, Loftin appears to be #MizzouMade already.