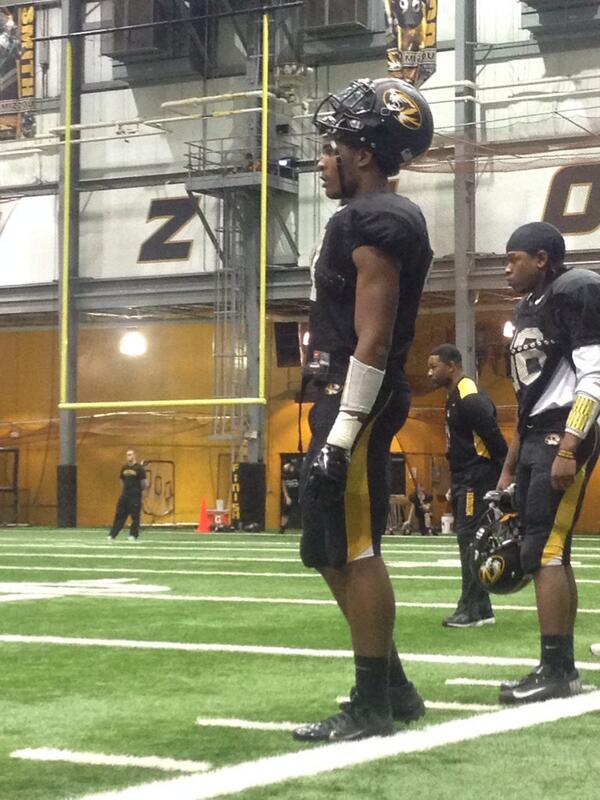 We mic’d up linebacker Brandon Lee during a Mizzou Football practice at Devine Stadium on Friday in order to give fans an inside look at this freshman from Indianapolis, Ind.

Lee is a brand-new addition to the Missouri Tiger Football team; he arrived here in January in time for spring football after finishing high school early.

Lee is one of just two linebackers that Mizzou signed during last year’s recruiting cycle. Linebackers Coach Dave Steckel, the linebacker position coach, has been a positive influence on Lee’s development since he arrived at Mizzou.

“He stays on us about everything,” Lee said. “It’s only because he wants the best out of us and the best for us.”

As a senior at Lawrence Central High School, Lee was ranked by ESPN as the No. 16 pick for linebacker prospects in the nation and the No. 3 overall pick for the state of Indiana. Lee chose to be a Mizzou Tiger over many other offers from schools including Michigan State, Penn State, Oregon and Indiana.

Lee has the rest of spring practices and summer workouts to continue settling in as a new member of the team. When asked how he thinks the team will do next season, his answer is simple.

“I see Ws all across the board,” he said.

That sounds like the confidence of a winning player.