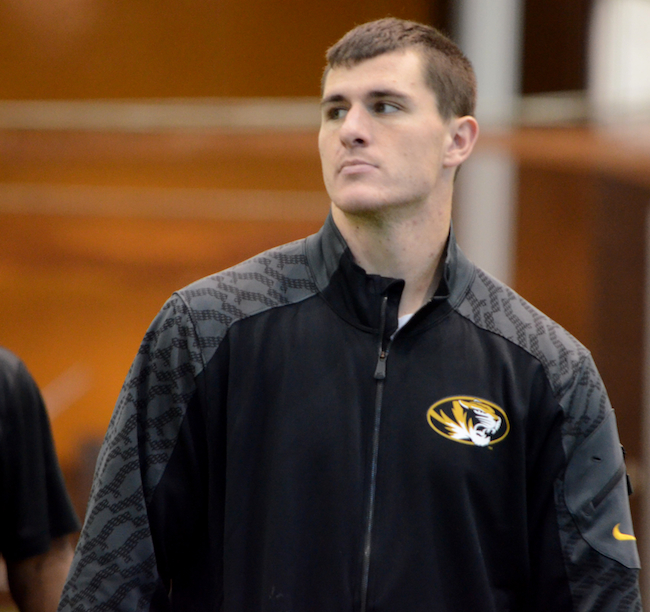 COLUMBIA, Mo. – Mizzou Football junior defensive lineman Matt Hoch (Harlan, Iowa) has been recognized to the 2013 Capital One Academic All-America team, as selected by the College Sports Information Directors of America (CoSIDA). A second team honoree, Hoch has compiled an outstanding 3.96 GPA in the middle school education major, all while starting 22 games in the trenches for Mizzou over the last two seasons.

Hoch has recorded 35 tackles, including 4.0 tackles-for-loss and 3.0 sacks, in 10 starts on the Tigers’ defensive line in 2013, already setting a season-best in sacks. He was a 2012 CoSIDA First Team Academic All-District honoree last season.

Conference academic recognition also has not escaped Hoch, as he earned a spot on the SEC Academic Honor Roll in 2012. He was a 2011 Academic All-Big 12 honoree previously.

Hoch and No. 5 Mizzou next play in Saturday’s SEC Championship Game vs. No. 3 Auburn inside the Georgia Dome in Atlanta, Ga. Kickoff for the nationally-televised game is set for 3 p.m. CT on CBS.