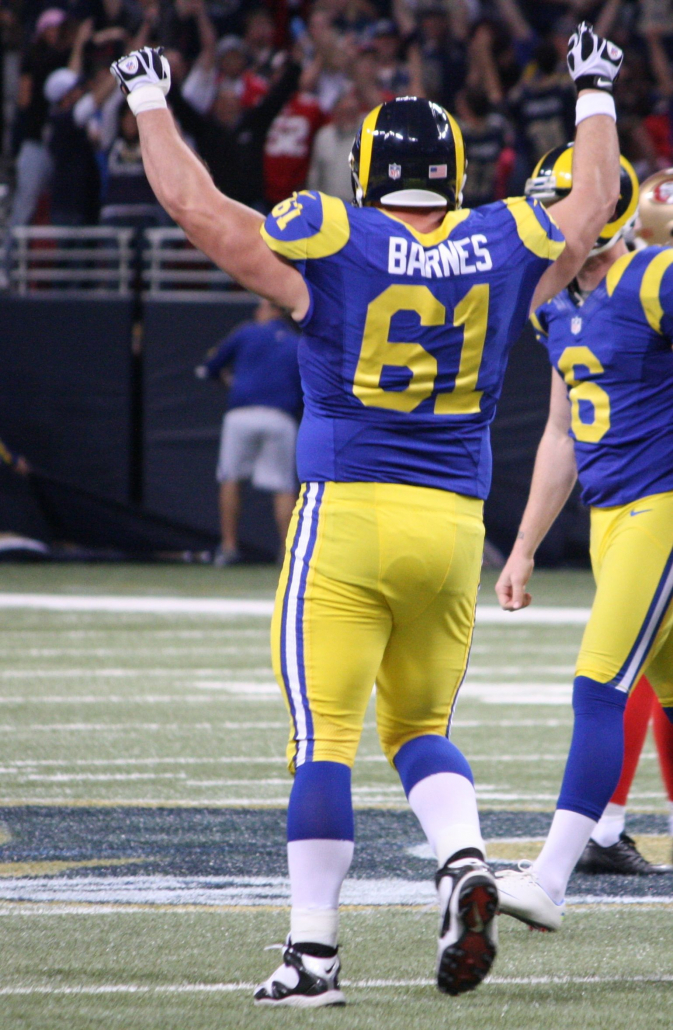 The Tigers are well-known for giving back to the community that supported them during their time at Mizzou. And Tim Barnes is no exception.

The Longwood, Mo., native is hosting the Second Annual Tim Barnes Football Camp this summer, where he will pass on the football know-how and prowess that made him a star at Mizzou to local youngsters.

The Mizzou Made offensive lineman was a selected for the second-team Academic All-Big 12 team in 2007, and he received the Team Underclassmen Leadership Award in 2009. He also helped Mizzou rank eighth nationally in total offense and sixth in NCAA scoring offense during his tenure.

Barnes later signed with the Baltimore Ravens as an undrafted free agent before returning to the Show-Me State and joining the St. Louis Rams, eventually working his way up from the practice squad to starting at center.

On July 10 and 11, Barnes will be in Lincoln, Mo., with current NFL and Mizzou players showing kids the football ropes. The camp is open to kindergarten through fourth graders on July 10 and fifth through eighth graders July 11. The session will cost $30 before July 1 and $35 afterward. The camp will take place at the Lincoln High School football field from 6-10 p.m. both nights. Anyone with questions should contact Travis Jobe at 660-287-6483.