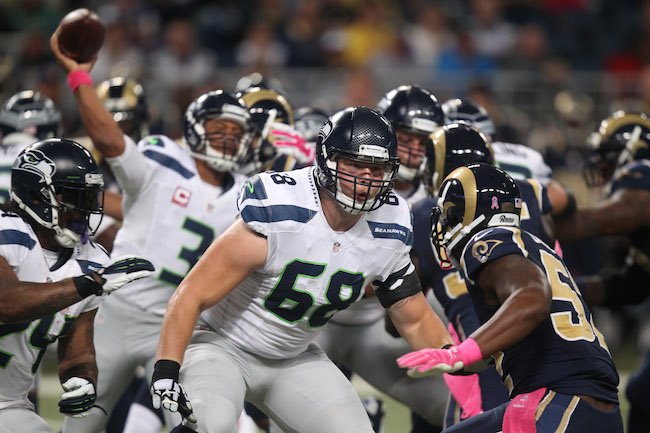 Britt started at right tackle, as he’s done in every game this season, and helped the Seahawks overpower the Cardinals at the line of scrimmage. Seattle rushed for 267 yards and threw for 329 yards in the contest. Britt has been fantastic all season long on one of the most dominant offensive lines in all of professional football.

The Seahawks drafted Britt in the second round of the 2014 NFL Draft.

The Zen Zone
Scroll to top