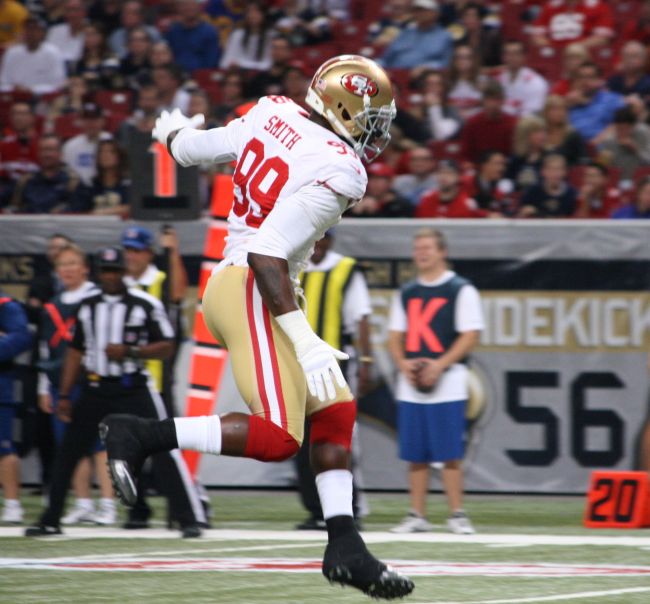 Mizzou Made San Francisco 49ers linebacker Aldon Smith played a crucial role in his team’s 17-13 victory over the Washington Redskins on Sunday, November 23.

Smith racked up three tackles and two sacks in the contest. Smith has proven to be one of the most prolific pass-rushers throughout his career, racking up 44 sacks and 140 tackles in just 45 games played.

The 49ers selected Smith in the first round of the 2011 NFL Draft.