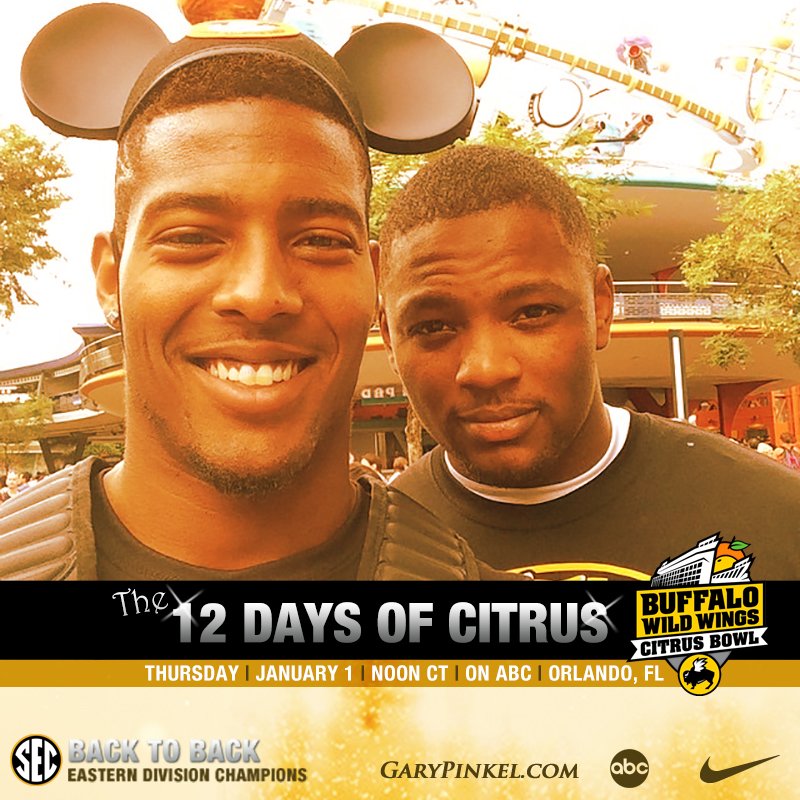 Football arrived in Orlando on Monday, December 22, and after settling in to the Hilton Orlando and enjoying a relaxing day by the pool, the team embarked on a trip to Disney World on December 23.

The trip to the Most Magical Place on Earth is the third installment of the 12 Days of Citrus for Mizzou, a two week inside look at the team’s preparations and adventures leading up to the 2015 Citrus Bowl on January 1. Each day of the 12 Days of Citrus will feature a different activity or event for the Mizzou Football Family. Be sure to follow Mizzou Football on Instagram and Snapchat (MizzouMade) for live updates and look-ins.

The Tigers will take on Minnesota in Orlando, Florida, on Thursday, January 1, 2015. Kickoff is set for 12 p.m. CT and the game will air on ABC. Fans can follow Mizzou Football on Twitter, Instagram, and Facebook and listen in via Tiger Network radio affiliates for updates throughout the game.

Mizzou Made in the NFL: Week 16
Scroll to top