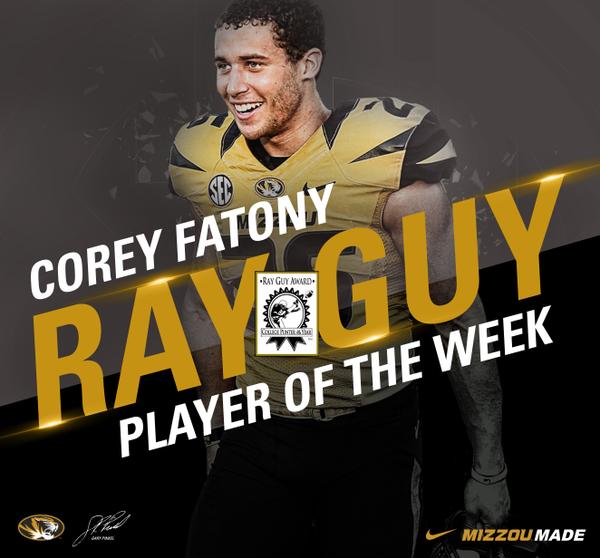 Mizzou freshman averaged 47.8 yards per punt, including a career-long 61-yarder vs. Florida

Fatony punted nine times against the Gators, averaging 47.8 yards per punt while resetting his career-long with a 61-yard punt in the second quarter. He pinned the Gators inside their 20 four times. On the year, Fatony, a true freshman, is averaging 43.7 yards per punt on 38 attempts. He has had 15 punts inside the 20 this season and 16 fair caught while just three have been touchbacks.

The Ray Guy Award is recognized by the National College Football Awards Association (NCFAA). The NCFAA was founded in 1997 as a coalition of the major collegiate football awards to protect, preserve and enhance the integrity, influence and prestige of the game’s predominant awards. The NCFAA encourages professionalism and the highest standards for the administration of its member awards and the selection of their candidates and recipients. For more information, visit the association’s official website, ncfaa.org.