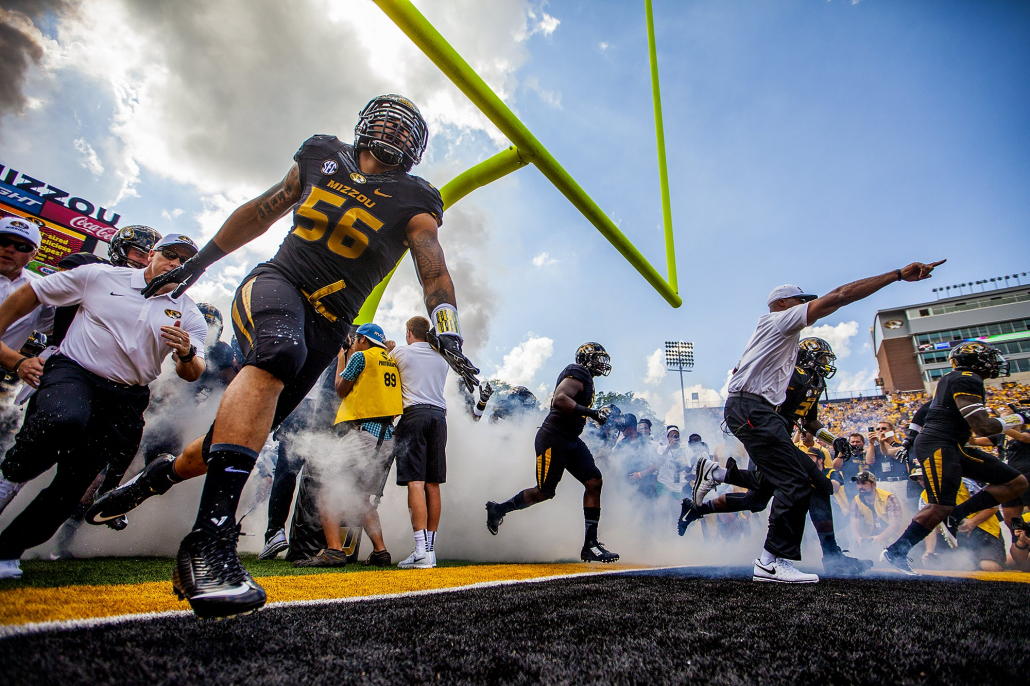 Maty Mauk threw for 178 yards and three touchdowns to lead Mizzou to a season-opening 38-18 victory over South Dakota State.

Mauk seemed at ease early, connecting with Darius White for a 44-yard touchdown on Mizzou’s third play from scrimmage. 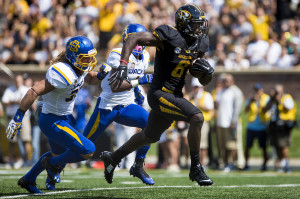 The Jackrabbits would answer quickly, however. On SDSU’s very first offensive play, running back Zach Zenner found the ball in his hands after an errant snap, and took it 75 yards to the house to even the score. That would be the last big play of the half for the Jackrabbits though, as the Mizzou defense held SDSU to 70 yards on 27 plays the remainder of the opening 30 minutes. Both teams traded punts on their second possessions, and then Mauk connected with White again, this time from 39 yards out, to give Mizzou a 14-7 lead. On South Dakota State’s ensuing possession, Duron Singleton intercepted Austin Sumner’s third down pass and returned it 19 yards to the Jackrabbit 10. That set up Russell Hansbrough, who took a handoff from Mauk, went right, cut on a dime, broke a few tackles, and ran all the way around the left side and into the endzone to make it 21-7 Tigers.

Marcus Murphy pleased Tiger fans with a beautiful 100-yard return touchdown on the ensuing kickoff. The run-back was Murphy’s second kickoff return TD of his career, to go with three punt-return scores. The senior from Desoto, Texas, finished with 204 all-purpose yards on 17 touches. Mizzou added one more touchdown in the fourth quarter when Mauk, on third-and-seven from the SDSU 29, bought a little extra time in the pocket and found Bud Sasser in the left corner of the endzone to extend the Tiger lead to 35-18. Andrew Baggett put the icing on the cake one possession later with a 44-yard field goal. Hansbrough led the Mizzou rushing attack with 135 yards on 20 carries. In the passing game, Mauk spread the ball around nicely, as five receivers had at least two catches. 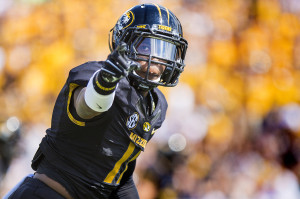 On the defensive side of the ball, Markus Golden led the charge with two sacks and five solo tackles. Shane Ray and Kenya Dennis each recorded a sack of their own, and Duron Singleton and Aarion Penton had one pick apiece. Ian Simon forced a crucial fumble deep in Mizzou territory to give the Mizzou defense three turnovers on the day, extending their national-best forced turnover streak to 46 games. With the victory, Mizzou has now won 13 straight season openers. The Tigers will return to action on Saturday, September 6, when they travel to Ohio to take on the Rockets of the University of Toledo. Kickoff is set for 11 a.m. CT and can be seen on ESPN.