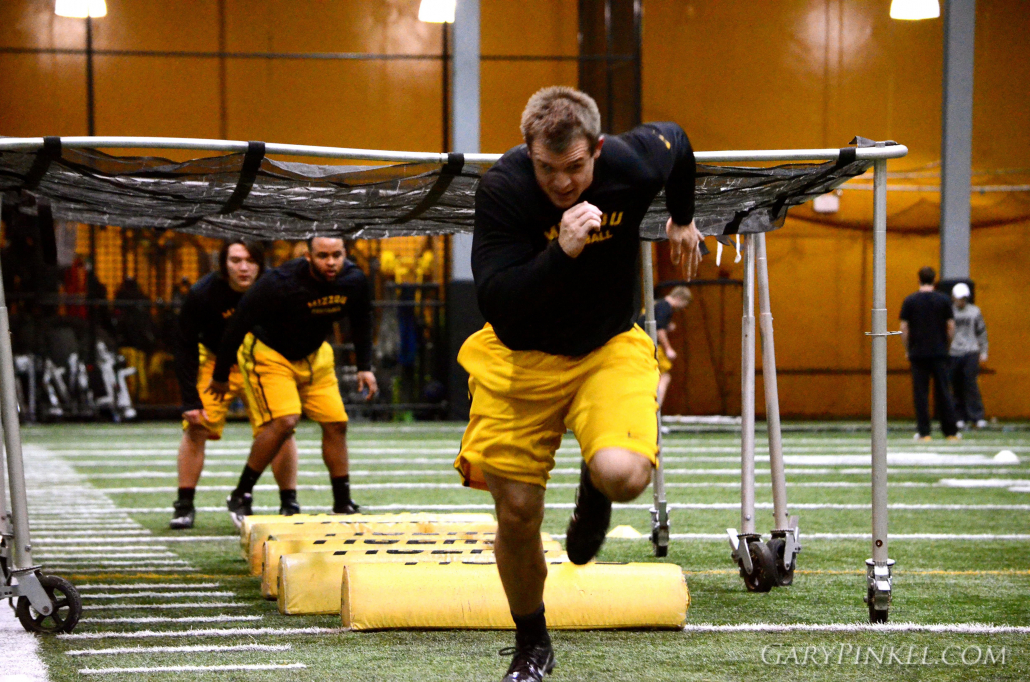 The 2014 Winning Edge program is designed to take football players’ success to the next level. At the agility station, it’s all about athletic ability.

The coaching staff runs the team through explosion and competition drills during the five-week program, which meets at 6 a.m. on Tuesdays and Thursdays.

“Going over bags, going around hoops, going through the ladders—all of that stuff’s very important to agility, which makes all of our football players better,” says Quarterbacks Coach Andy Hill.

The Winning Edge program not only hones players into better athletes, but it also mentally prepares them for a demanding spring season.

“If you can do it that way on a Tuesday or a Thursday morning in the middle of the winter,” says Cornerbacks Coach Cornell Ford, “you’re fired up and ready to go when we get to the spring practices.”