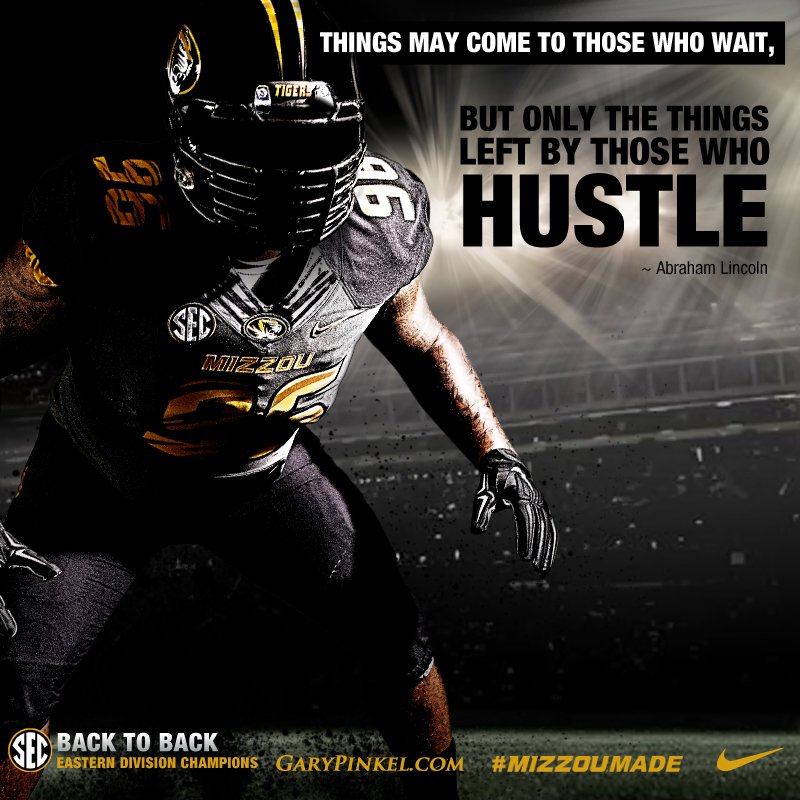 “Things may come to those who wait, but only the things left by those who hustle.” -Abraham Lincoln

It can be difficult to keep that perspective, however, because the sportswriters and interviewers focus simply on whether you won or lost. You’re either a good guy or a bad guy. That’s what persistence is about. Persistence takes the focus away from the performance and puts it on the process. That play, that decision you made didn’t work, but those situations do not make you a failure. Those were simply events, not reflections on you as a person. Everything that happens- good and bad- should motivate you to be persistent.

There are two types of persistence.

In the first type, we start having doubts and aren’t sure about ourselves or about the plan we’ve set forth on, but we press on anyway. We may not be certain about our ability, but there are some factors in what we’re doing that propel us forward.

The second type of persistence comes from something deep inside of us. Persistence isn’t just what we do; it’s a part of who we are. If we’re this type of person, it doesn’t matter what the score is, what our record is, or what obstacles are in front of us; we’re living a lifestyle that says, “We’re not giving up. We have a plan and we are going to persist.” Period.

Anytime you feel like quitting, whenever the going gets tough, be encouraged with this example of persistence:

Even after all of his failures, this man refused to quit. He kept trying until he was elected President of the United States in 1860. This man was Abraham Lincoln.