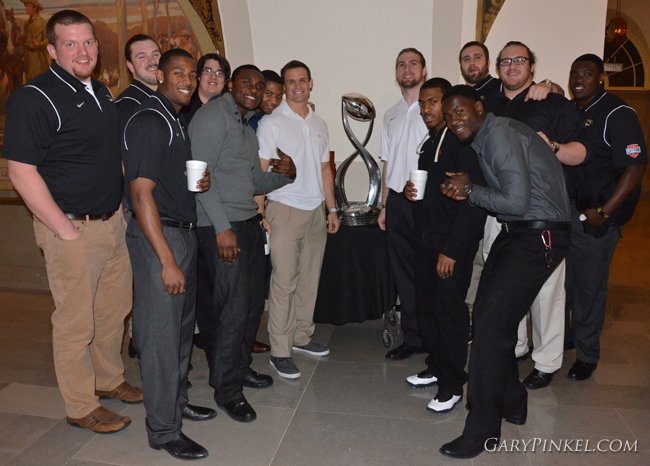 The 2014 Cotton Bowl Champions, the Mizzou Tigers, made their way into the state capitol’s senate, chanting, “M-I-Z!” to which the audience within the building responded, “Z-O-U!”

After the team’s phenomenal year, fans of all ages met with players to receive autographed posters, footballs, tees and other apparel. Sophomore quarterback Maty Mauk, along with other players, took photos and exchanged names with the youngsters who looked up to them.

At the front podium in the Missouri Senate, Coach Pinkel reflected on the success of the past season.

“It’s about working together as a family and as a team,” Pinkel said. “I am so proud of the entire staff and our players.”

Pinkel finished the visit with a promise to Tiger fans at the capitol and everywhere.

“I’ve been proud to be the head coach of Missouri,” Pinkel said. “I will continue to work as hard as I can and work to graduate players and win more football games.”