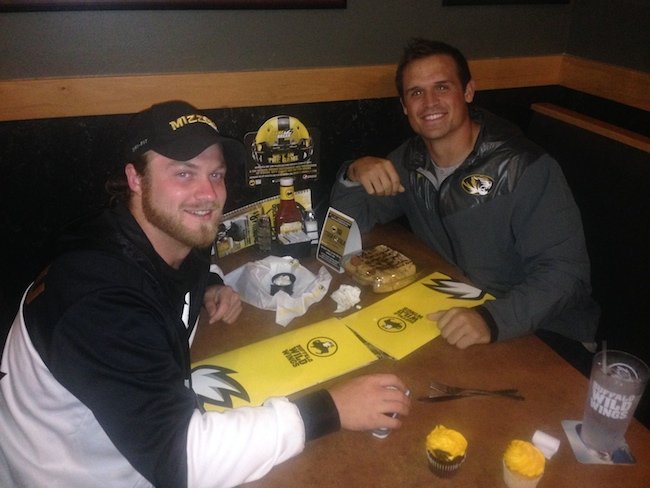 Tiger Talk is Coach Gary Pinkel’s weekly radio show for players, coaches, and fans to talk about the latest game, ask questions, and learn more about Mizzou Football. It is hosted by Mike Kelly, the Voice of the Tigers, every Monday at 7 p.m. at Buffalo Wild Wings in Columbia. Fans can listen in on 100.5 FM or watch the live stream every week.

Pinkel started off by talking about how well Mizzou finished on Saturday, saying the team did a very good job of running a balanced offense and orchestrating long drives to keep the ball out of UCF’s hands. When the Knights did get the ball, the Mizzou defense clamped down and made sure they didn’t do anything with it.

Kelly then mentioned defensive end Shane Ray, who was named SEC Defensive Player of the Week following his spectacular two-sack, four-tackle-for-loss performance on Saturday. Kelly was able to catch up with Ray earlier in the day, and the electrifying junior attributed all his success to his teammates.

“I bring that home for my teammates,” Ray said, talking about the award. “They’re a huge reason behind my success with how they played this weekend. It just feels good to bring it home for Mizzou.” 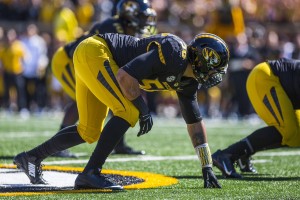 Pinkel cited Ray’s passion as the thing that separates him from other players across the country. And it’s that passion, Pinkel said, that fuels and inspires his teammates, and it is a big reason for Mizzou’s success so far this season.

Ray’s presence was a significant factor in Mizzou’s ability to force four turnovers against UCF, which was the next topic of discussion. Mizzou is currently leading the nation with a streak of 47 straight games with a takeaway.

Pinkel continued by talking about the minor injuries to running backs Russell Hansbrough and Marcus Murphy, who are both expected to play this week, the play of Maty Mauk and his receivers, the consistency of Evan Boehm, and more.

Mauk and Scherer took the microphones next. Kelly started the players off by asking the quarterback about his hometown of Kenton, Ohio. Although he and his family are proud Ohioans, Mauk’s parents, sister, and brother—who was a star QB at the University of Cincinnati—recently moved to Missouri to watch him play, which he says is very beneficial.

“The main reason I love it is because you can go to all these coaches over the summer for thousands of dollars, and I have a brother who’s done everything, and anything I need to know, he can teach me,” Mauk said. “Now he’s only two hours away, so he can work me out whenever he wants at his quarterback academy, and that’s going to really help me grow as a quarterback.”

Kelly then moved to Scherer, a sophomore inside linebacker who saw action in all 14 games last year. He said that all the in-game reps he got as a freshman really built his confidence going into 2014 and are the main reason why he has been able to step in and excel as a starter this season. 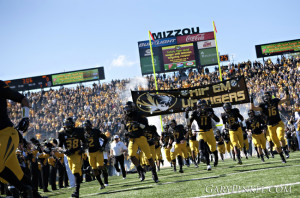 Kelly posed ever-present “Why Mizzou?” question, to which Scherer cited the proximity to his home in St. Louis and how he grew up watching the Tigers. Mauk talked about the family atmosphere the football team embodies and prides itself on.

The sense of family is always mentioned when Kelly asks his guests why they chose Mizzou, but the players insist it isn’t just something they say.

“It’s just a big family,” Scherer said. “I have three brothers at home, and when I come here, I have 100 brothers. At home we run around, beating each other up and throwing things at each other, and here, you go in the locker room and it’s the same thing. And the coaches are like our parents; they look after us, make sure we do the right thing, and they all take care of us.”

To see the show live, make sure you attend Tiger Talk at Buffalo Wild Wings every Monday night at 7 p.m., or tune in to 100.5 FM to hear your Tigers talk about the season and a wide range of other topics.