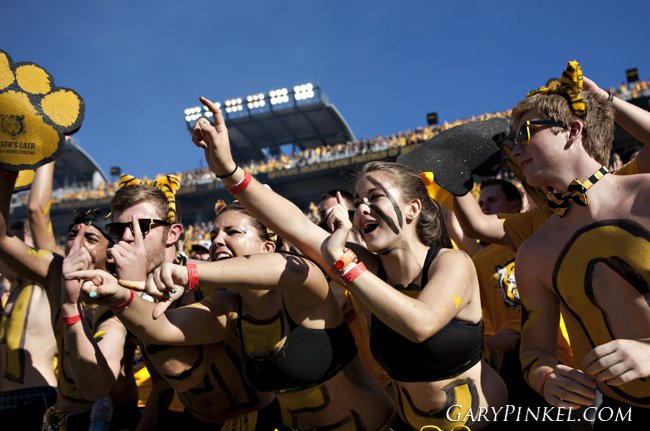 COLUMBIA, Mo. – Mizzou Athletics announced on Wednesday that its allotment of 2015 football student season tickets are officially sold out. The tickets sold out the week before Mizzou opens the 2015 campaign against Southeast Missouri State in The ZOU on September 5 at 3:00 p.m. on SEC Network (alternate). 2015 marks the fourth time in the last five seasons and the second consecutive year that Mizzou has sold out its student ticket allotment.

“We have one of the best student sections in the country here at Mizzou,” Director of Athletics Mack Rhoades said. “Their energy and vocal support plays a huge role in enhancing the GameDay environment at The ZOU. We appreciate the passion of our students and are thrilled to announce the student ticket allotment has sold out for the 2015 season.”

Mizzou students (and general public) can still purchase a general admission season ticket located on the Rock M Hill in the north end zone for $150. Season tickets on the hill, reserved season tickets, as well as individual game tickets can be purchased online, by calling 1-800-CAT PAWS or in person at the Mizzou Arena ticket office.