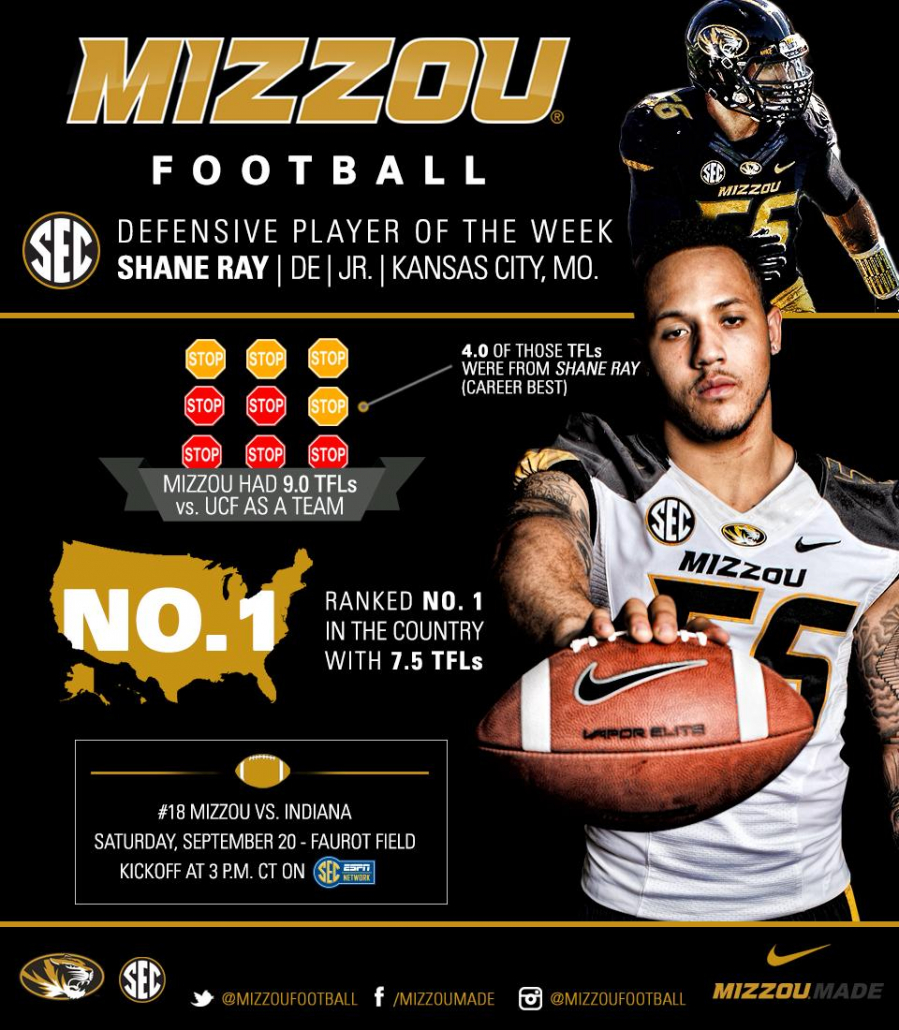 Ray wreaked havoc on the Mizzou defensive line against Central Florida, recording two quarterback sacks, seven tackles, and four tackles for loss. He also forced a fumble, leading to one of four turnovers forced by Mizzou defense. The UCF game brings his sack total to five already on the young season, as he had two last week at Toledo and one here in Columbia during the season opener against South Dakota State.

“It’s a great honor, I’m really excited about receiving this award,” Ray said.  “It’s nice to be recognized, I think it means that I’m doing good things and that my team is doing good things.  I feel like there’s a lot of guys on this team that deserve recognition, but in the end, we play for each other and we just have to keep working hard to accomplish our goals.”

Mizzou Football will take on the 1-1 Indiana Hoosiers on September 20 in The ZOU. The SEC Network will air the 3 p.m. kickoff.