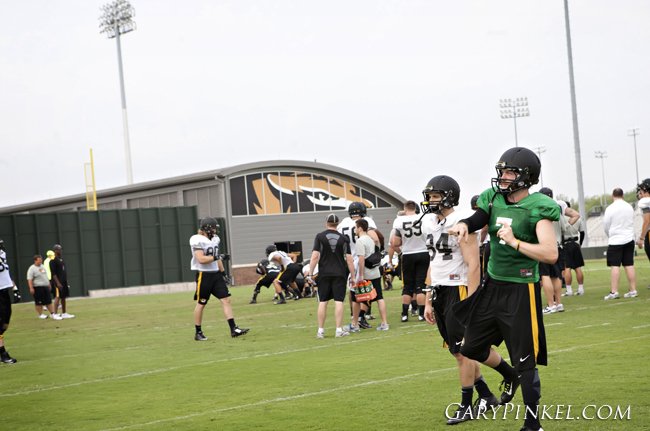 The Mizzou Football team held its second scrimmage of fall camp on Saturday and the offense came away with the 11-9 victory.

Corbin Berkstresser was the Tigers’ top quarterback in the scrimmage, throwing for 113 yards on 11 of 16 passing with two touchdowns and an interception. Starter Maty Mauk also topped 100 yards passing on the day and completed 8 of 20 throws.

While the offense claimed victory, there were plenty of standout performances on the defensive end.

Defensive backs Aarion Penton and Raymond Wingo each came away with an interception, while linebacker Michael Scherer had three tackles for loss and lineman Justin Grava had two sacks.

Head coach Gary Pinkel said he was pleased with the Tigers’ play on Saturday.

Mizzou will kick off the season on August 30 at 2:30 p.m. versus South Dakota State on ESPNU.