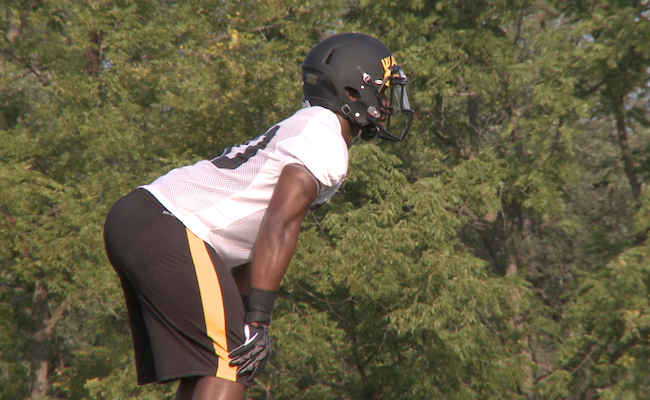 Freshman running back Trevon Walters says he’s already reaping the benefits of being part of the Mizzou Football Family.

“Since I got up here I’ve gained 9 pounds of muscle and lost 1 percent of fat, so to me (the summer) went good,” he said.

During a chat with fellow tailback Marcus Murphy, the speedster also shares why he chose Mizzou and how preparation for the upcoming season is going.

Walters rushed for 1,704 yards and 15 touchdowns at Manatee High School in Bradenton, Fla., in 2013. He was named local offensive player of the year by the Sarasota Herald-Tribune and Bradenton Herald his senior year and was ranked No. 16 all-purpose running back in the nation by Rivals.com.