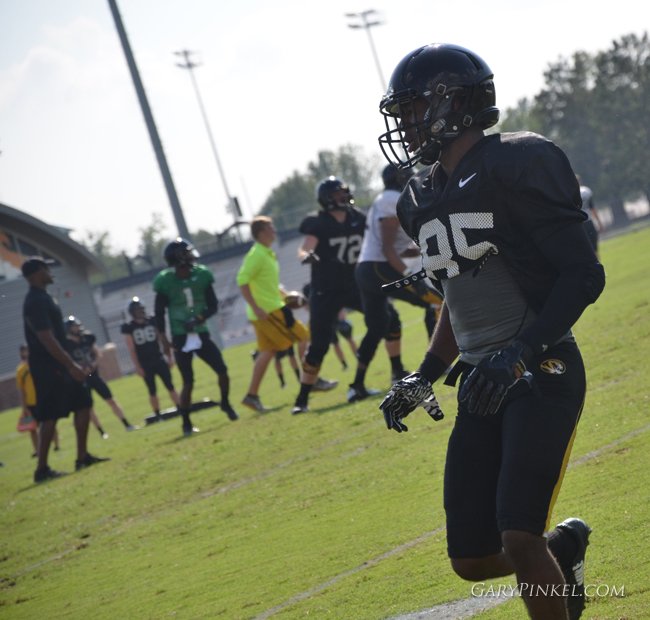 “Camp’s been pretty good,” he said. “There’s been a lot enthusiasm and we’re getting our work done.”

Richard also talks with fellow receiver Wesley Leftwich about the best and worst parts of training camp and why he came to Mizzou.

Richard is from Nashville, Tenn., where he played at Christ Presbyterian Academy. He played a major part in the Tigers’ scrimmage on August 16, leading the receiving corps with three catches for 65 yards and a touchdown.