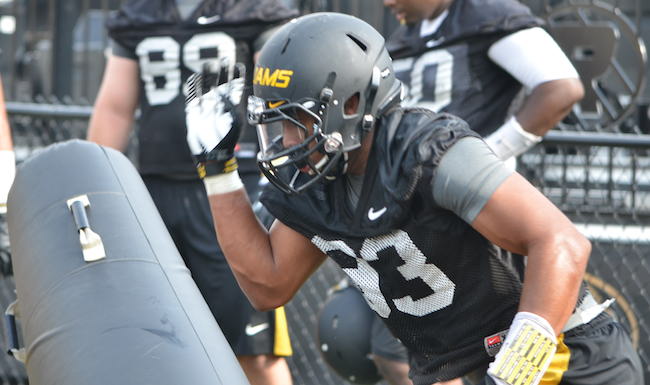 Introducing another new member of the 2014 Mizzou Football team, Spencer Williams, from Jacksonville, Fla. Williams has arrived in Columbia and has been practicing along with the rest of the team. He says so far, he loves the vibe of the Mizzou Football Family.

“Just the family environment, I really enjoy it,” Williams says. “And the coaches, they look out for you. It’s not just politics.”

In the name of family, Williams’ big brother is defensive lineman Shane Ray.

Williams will play defensive end for the Mizzou Tigers. He says he is looking forward to competing in the Southeastern Conference, one of the reasons he chose to play for Missouri over other offers from Auburn, Nebraska, Cincinnati, Iowa State and Purdue.

“Really the opportunity to compete in the SEC, the best conference, and the team progress,” he says. “And I like journalism, so that was a big reason.”