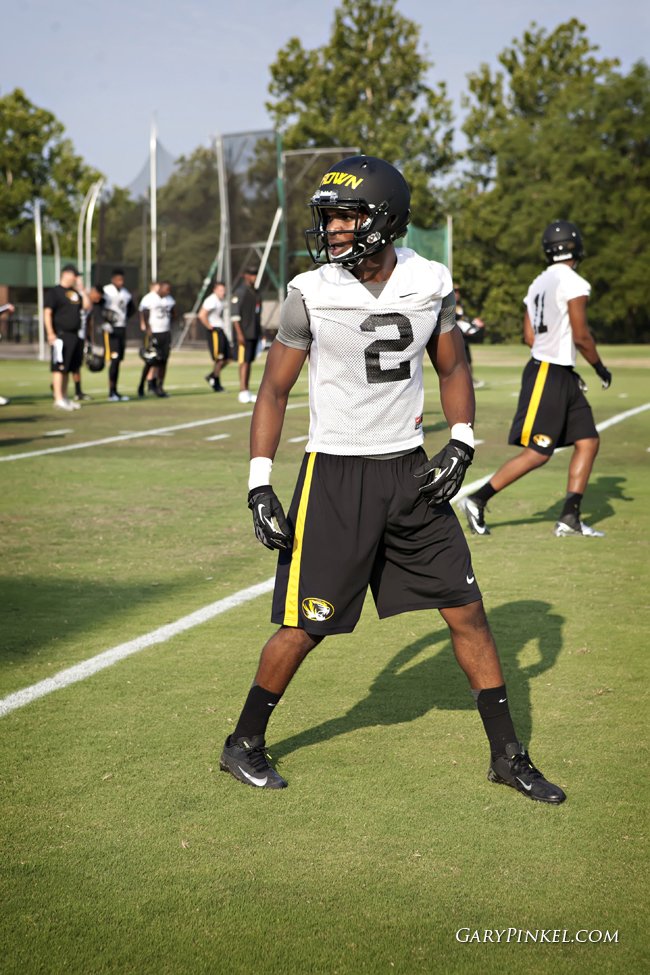 The Missouri Tigers recruit from all over the country, and one of the great states represented on the team this year is Georgia. Nate Brown, a 6’2” wide receiver, hails from Atlanta, Georgia,.

A graduate of North Gwinnett High School, Brown is ranked the No. 74 athlete in the nation by ESPN.com. Brown chose Missouri over many offers, including an offer from his home state, Georgia.

For new athletes entering collegiate football, the transition from high school to college can be a tough one. The intense workouts during camp help rookie athletes switch gears to performing at the college level.

When asked what the hardest thing was about practice so far, Brown described the “grind” of camp.

“Practicing Monday through Monday… No days off, but you get used to it,” he said.

Although camp does bring its challenges and strenuous workouts, it has been a memorable time for Brown to grow close to his football brothers and coaches.

Brown admires the coaches for the examples they set, and he specifically admires Coach Pat Washington.

“He’s an outgoing guy,” Brown said about Coach Washington. “He makes it fun, especially with his James Brown impressions.”

“The coaches motivate you, and you learn from the older guys,” Brown added. “It’s getting that bond together.”

“This young guy right here, he’s a baller,” Hunt said. “He’s going to make some big plays this year, and I’m expecting a lot from him.”

After the second scrimmage, Brown’s drive to be the best he can be is a true Missouri Tiger mindset. “It is giving one hundred percent and trying to prove to the coaches and teammates that I can be a part of this team.”

Watch Mizzou play its home opener against South Dakota State at The ZOU on August 30. Kickoff is at 2:30 p.m. CT.