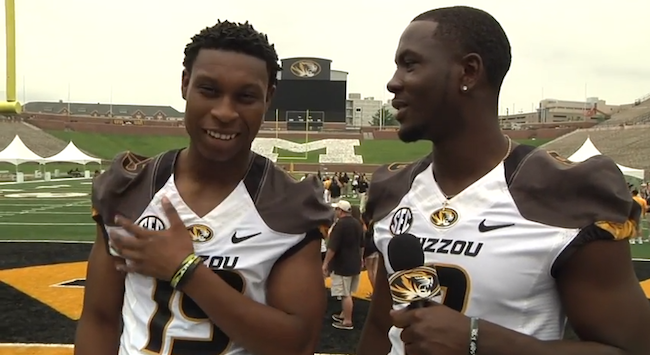 Freshman wide receiver Keyon Dilosa told fans to “be on the lookout, it’s money season.” Wide receiver Darius White interviewed Dilosa and the two shared a lot of laughs. All freshman Mizzou football players receive “big brothers” to bring the team together in a more family oriented environment. This environment is what Head Coach Gary Pinkel strives for every year. Unfortunately for Dilosa, he will need his football family more than ever as he suffered a season ending Achilles injury that required surgery.

Dilosa caught 55 passes for 711 yards and had five touchdowns his senior year at Round Rock High School in Texas. He also had an 88-yard kickoff return for a touchdown his senior year and earned second team all-district in 2013. Dilosa plans to major in business and accounting at Mizzou.