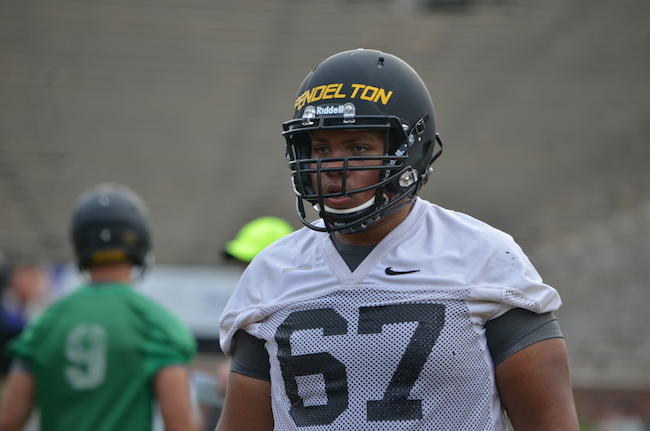 Offensive lineman Kevin Pendleton, who hails from Lee’s Summit, Mo., says he and the other freshman players have been working hard over the summer while joining the Mizzou Football Family.

Pendleton attended Lee’s Summit West High School where he followed in the footsteps of junior center Evan Boehm (and even wore the same No. 77 jersey on the field).

Pendelton talks with Boehm about high school memories, how his Mizzou Football experience is going thus far and what areas of his game he’s trying to improve.