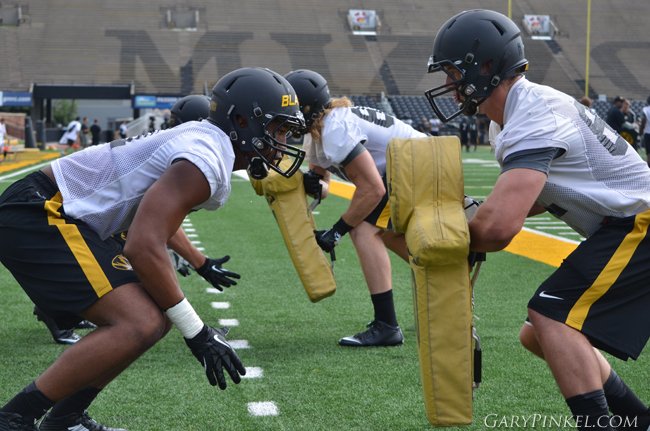 “Coach Pinkel and Coach Hill made me feel like family when I came down,” Blanton said.

Experiencing his first training camp at Mizzou, he says the tight end unit is improving as camp progresses.

“First day was rough,” he said. “Second day I feel like everybody as a whole got better and we started making plays.”

Blanton also shares his roommate plans and what fans can except to see from him out on the field.

Blanton caught 18 passes for 258 yards at Blue Springs South High School in Blue Springs, Mo., in 2013, and ESPN.com named him the No. 12 tight end prospect in the class of 2014. Blanton is a talented multi-sport athlete, leading the Blue Springs South basketball team in blocked shots his junior and senior year.