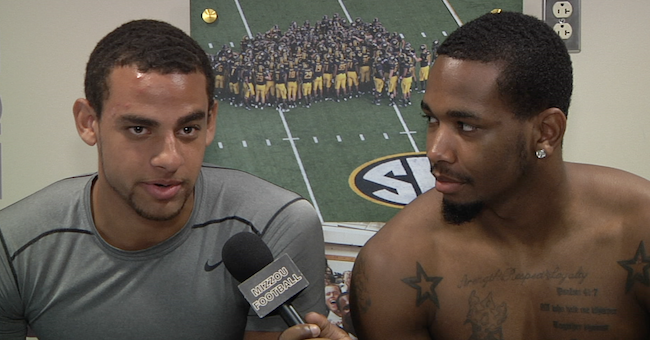 Freshman linebacker Grant Jones has carved an important spot for himself among the Mizzou Tigers’ linebackers and with his “big brother” mentor Donavin Newsom.

Making a name for himself on the team, apart from his dad, Mizzou football running backs Coach Brian Jones, is important to Jones. “I’m trying to be my own person instead of the coach’s son so I can earn the respect from other players,” said Jones.

The Columbia native played defensive end and tight end in high school at Hickman. Jones earned all-district and all-area recognition his senior year with 52 tackles, 10 being for a loss and seven sacks. He also blocked two punts and a PAT his senior year at Hickman. Jones plans to major in sports management at Mizzou and enjoys playing basketball and working out in his free time.