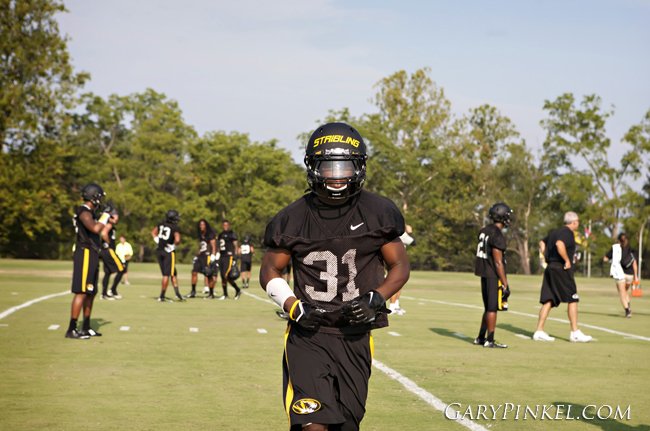 Freshman defensive back Finis Stribling IV says he chose Mizzou for a variety of reasons.

“The family atmosphere is really nice,” Stribling said. “Education is really important to me and they’ve got a high graduation rate.”

Stribling hails from Thompson’s Station, Tenn., where he attended Independence High School. Stribling was a standout cornerback in high school, racking up 48 tackles and catching two interceptions in 2013.

In the Rookie Spotlight, Stribling talks with fellow cornerback Aarion Penton about how training camp is going and what his overall thoughts are on his Mizzou Football experience so far.

The Tigers kick off the season at 2:30 p.m. on August 30 versus South Dakota State at The ZOU. The game will air on ESPNU and on the radio via Tiger Network.