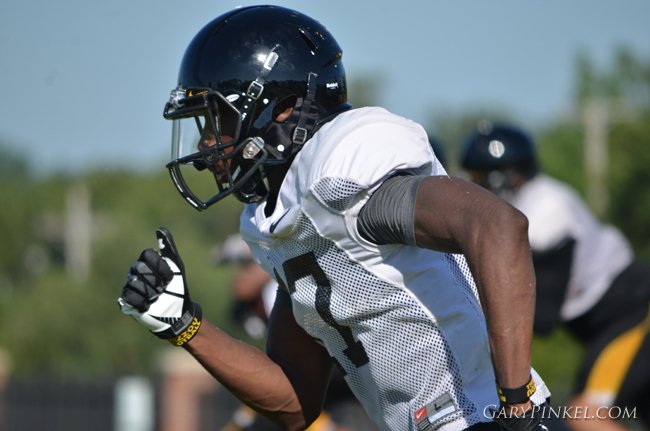 “It’s been going good so far,” Blair said. “Only bad part is getting up early, but I’m getting used to that now.”

Blair hails from Jacksonville, Fla., where he caught 52 balls for 785 yards and 12 touchdowns in his senior season at Sandalwood High School. Blair was a 4-star recruit coming out of high school, according to ESPN’s rankings, and received other offers from schools such as Louisville and Nebraska.

Blair talks with senior wide receiver Bud Sasser about playing in the Missouri weather and learning from Sasser in this edition of the Rookie Spotlight.

Sasser and the other members of Mizzou’s receiving corps will be back in action on August 30 when Mizzou Football opens the season against South Dakota State.  The game will air on ESPNU and on the radio via Tiger Network.