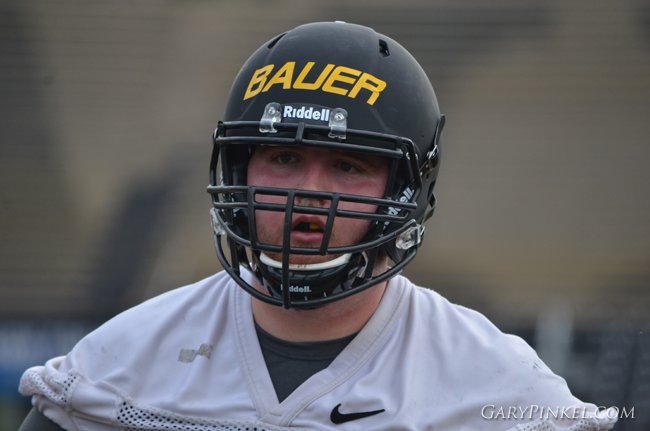 Offensive lineman Andy Bauer says he’s dealt with quite the adjustment during his first summer on the Mizzou Football team.

“You’re thrown in the fire right away,” he said. “It’s a lot different than high school.”

Bauer is quite the heralded prospect. He was the No. 99 ranked recruit of the 2015 class, according to ESPN, and he received offers from high-profile schools like Alabama and defending college football champions Florida State.

Bauer talks with Mizzou senior lineman Anthony Gatti about what it’s like to learn from the older players and what he’s done well so far as a Tiger in the latest edition of the Rookie Spotlight.

Bauer is from St. Louis, Mo., where he attended Desmet Jesuit High School. Bauer and the other members of the Mizzou Football Family will start fall classes on Monday, August 25.