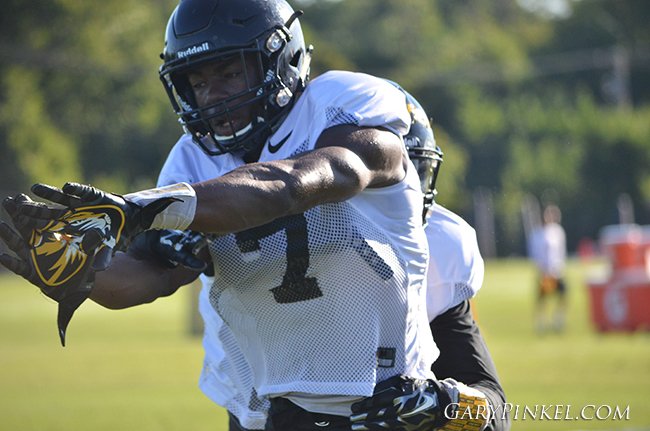 COLUMBIA, Mo. – During #MIZCamp on Wednesday morning at the Mizzou Athletics Training Complex (MATC), the defense led by new coordinator Barry Odom stood out, making numerous big plays and holding strong in various situations. The offense also showed big-play ability and was able to move the ball while simulating the final two minutes of a half. Below are some highlights from the seventh practice of fall camp: