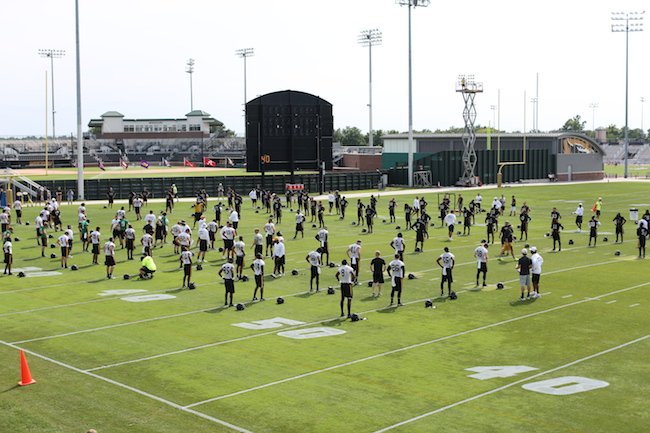 Mizzou football opened #MIZCamp 2015 in preparations for the 2015 season. The back-to-back SEC East Champions had their first day of practice wearing just helmets on the practice fields behind the MATC. Gary Pinkel and the seniors met the media following the first fall practice. Here’s a couple updates from day one at #MIZCamp: