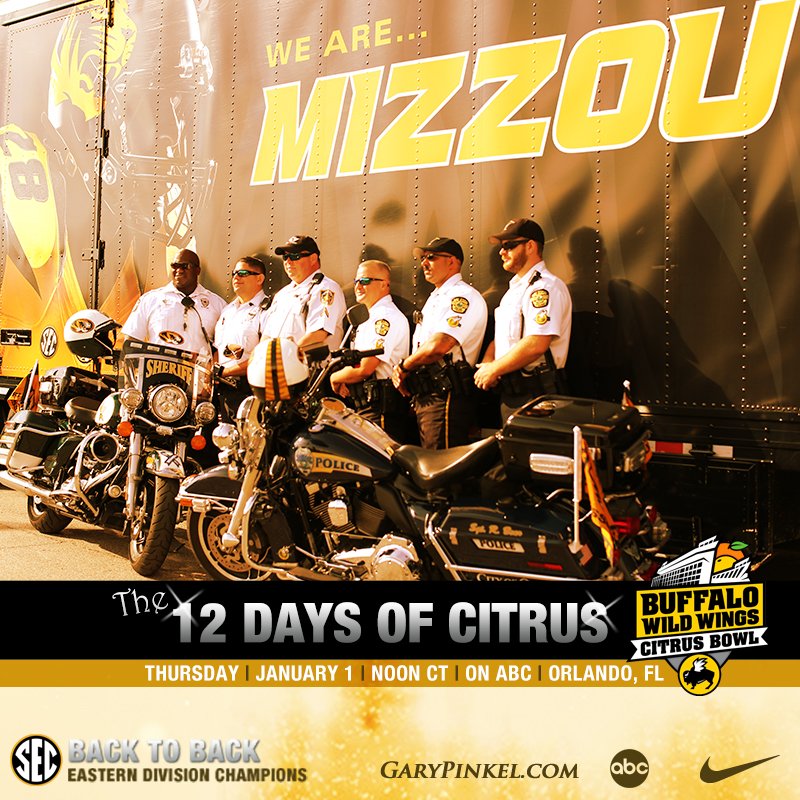 Football has been preparing for the 2014 Buffalo Wild Wings Citrus Bowl in Orlando over the past week, but they’re not the only ones who have been getting ready: the team’s police escorts in charge of getting the Tigers to and from different places have been preparing, too.

“It starts weeks before [they] get here,” said City of Orlando Police Department lieutenant Doug Goerke. “We figure out where [they] are going to go first and then we send out our own motor sergeants to start running routes,” Goerke said.

The officers were running routes to figure out the fastest ways to get to the different location based on traffic conditions weeks before Mizzou Football touched down in Orlando. With the game taking place during the holiday season, traffic and safety play a big role in the routes that the officers choose. They also use a technique called “leap frogging,” where they block off exits on the freeway to get to where they need to go faster.

“Getting to know the players and coaches after watching them all year is a pretty cool part about being a police escort,” said officer Kevin Williams.

The officers get decked out in Mizzou Tiger gear to assist the team, too. Their motorcycles and helmets are decorated with Mizzou Tiger stickers, and their helmets get a gold tiger stripe down the back as well. The police cars also sport Mizzou Tiger flags.

The back-to-back SEC East Division Champion Tigers will take on the Minnesota Golden Gophers on Thursday, January 1 in Orlando, Florida for a shot to win the 2014 Buffalo Wild Wings Citrus Bowl. Kickoff is set for 12 p.m. CT and the game can be seen on ABC. Fans can follow Mizzou Football on Twitter, Instagram, and Facebook and listen in via Tiger Network radio affiliates for updates throughout the game.