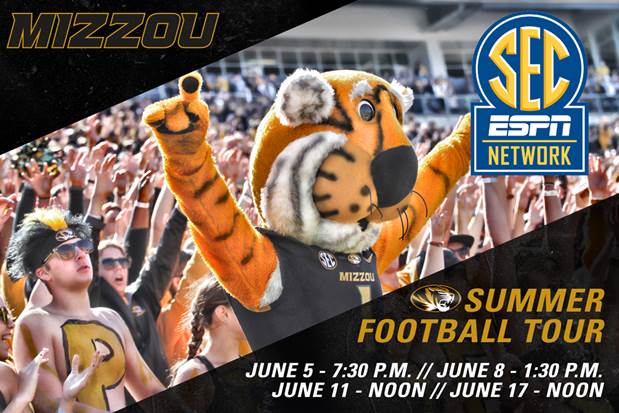 The 30-minute Mizzou football special will air on SEC Network 10 times in June.

COLUMBIA, Mo. – The SEC Network is set to air its Mizzou Summer Football Tour, a 30-minute special on Mizzou football, 10 times throughout the month of June, beginning Friday (June 5) at 7:30 p.m. (CT). The show is hosted by SEC Network’s Anthony ‘Booger’ McFarland and Laura Rutledge and features plenty of interviews with Mizzou coaches and players as they preview the 2015 season.

Below is the complete list of SEC Network air times for the Mizzou Summer Football Tour so fans can set their DVRs or watch live.