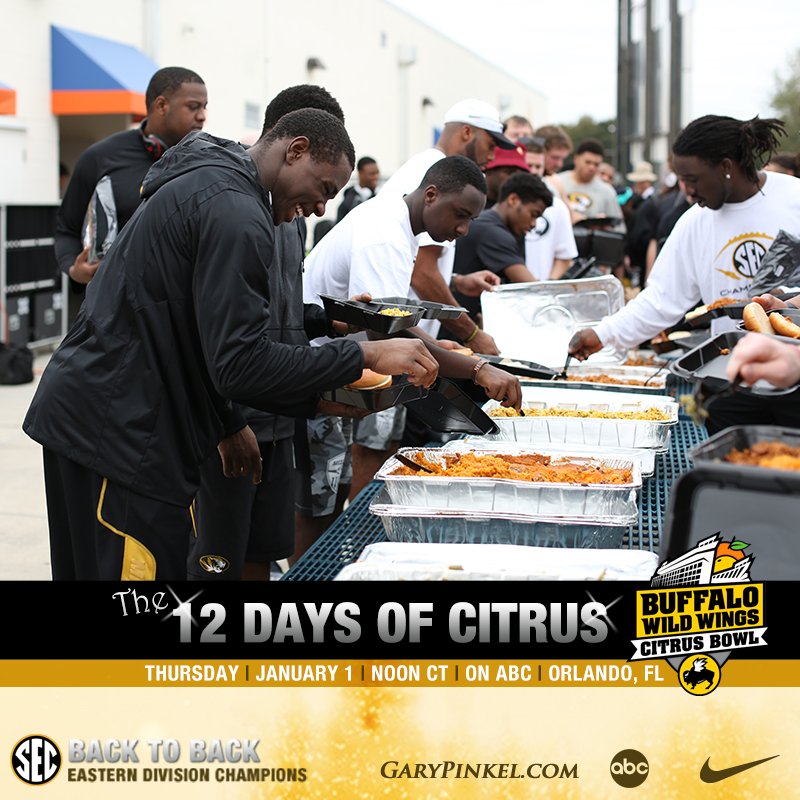 is key to every student-athlete’s success. For the Mizzou Football Family, the Mizzou nutrition team has made sure the players have everything they need to perform their best in preparation for the 2014 Buffalo Wild Wings Citrus Bowl in Orlando.

“We packed probably 75 boxes of food in the truck for Orlando to make sure that they had some good snacks that they were used to and that they really like,” said Jana Heitmeyer, Mizzou Sports Nutrition Director.

“The most important meals are the before and after-practice meals,” said Heitmeyer.

The players eat breakfast in the hotel before practice, and then the Mizzou nutrition team provides the players with a lean protein meal with vegetables and carbohydrates after practice, which is important in order to have the energy to recover. The players also have snacks readily available to them so they can eat throughout the day to maintain the energy they need.

The back-to-back SEC East Division champions will take on Minnesota on Thursday, January 1, in Orlando, Florida, in the Buffalo Wild Wings Citrus Bowl. Kickoff is set for 12:00 p.m. CT and the game can be seen on ABC. Fans can follow Mizzou Football on Twitter, Instagram, and Facebook and listen in via Tiger Network radio affiliates for updates throughout the game.