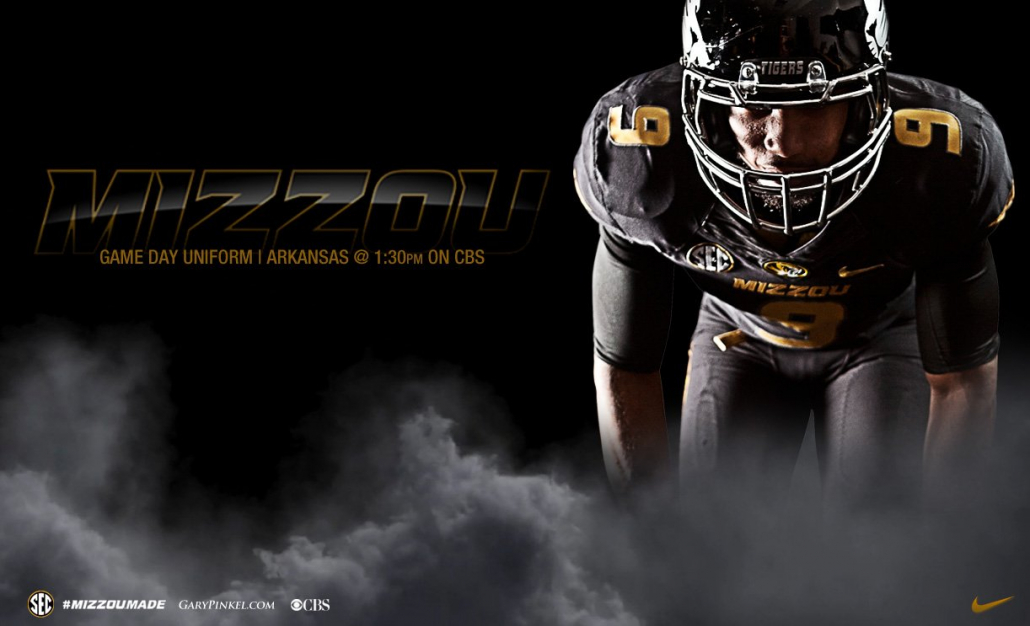 That’s the motto of the Mizzou Football program, and this weekend, the team will take those exact words to heart in the Battle Line Rivalry against Arkansas. Mizzou will play its newest SEC rival for the right to stake its claim on the Missouri-Arkansas border in a fierce all-black Nike uniform combination.

In coordination with the Blackout Game, the seniors chose lightweight black pants with gold accents, black jerseys, and glossy black helmets with the chrome tiger head. Fans are also encouraged to wear black to cheer on Mizzou Football in The ZOU this Friday.

The game is also Senior Night, marking the last time that some players will take the field in The ZOU. Even though it will be the last time senior safety Braylon Webb steps onto the field with his fellow captains, his game won’t change — For him, every game is important. “I just want to go out there and do my job,” he said.

The Battle Line Rivalry between Mizzou and Arkansas will take place on Friday, November 28 in The ZOU. Kickoff is set for 1:30 CT and can be seen on CBS. Fans can follow Mizzou Football on Twitter, Instagram, and Facebook and listen in via Tiger Network radio affiliates for updates throughout the game.