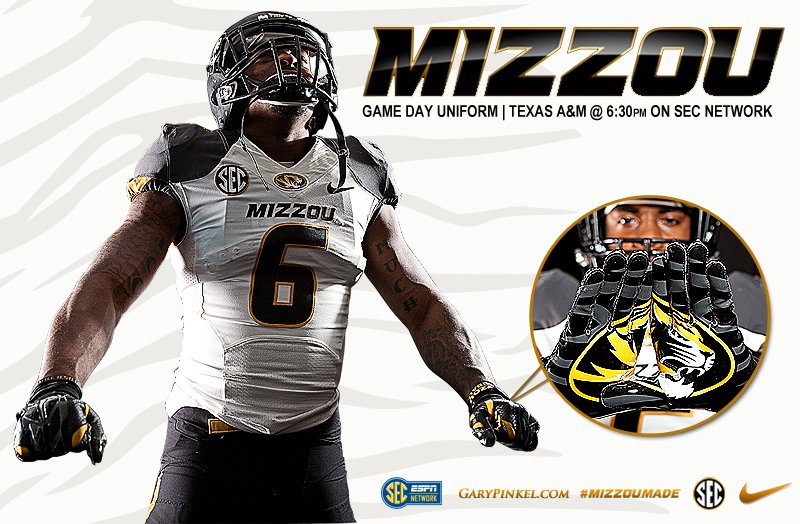 This jersey-pant combination has become a favorite Mizzou Football since the new uniform reveal in 2012 when Mizzou partnered with Nike to create a new brand identity.

“I like Nike because of the unique style,” said running back Marcus Murphy. “They are one of the most popular sports brands, so I’m just glad we could be a part of the Nike family. They keep us fresh on gamedays.”

In August, Mizzou Football seniors chose the uniforms for each game from Nike’s high-performance selection. In addition to Mizzou’s traditional black and gold, they also have anthracite gray gear to choose from, which has become a new staple color for the team. The players and fans have completely adopted the fresh update to the uniforms.

Mizzou Football will take on Texas A&M in College Station this Saturday, November 15. Kickoff is set for 6:30 p.m. CT and can be seen on the SEC Network. Fans can follow Mizzou Football on Twitter, Instagram, and Facebook and listen in via Tiger Network radio affiliates for updates throughout the game.