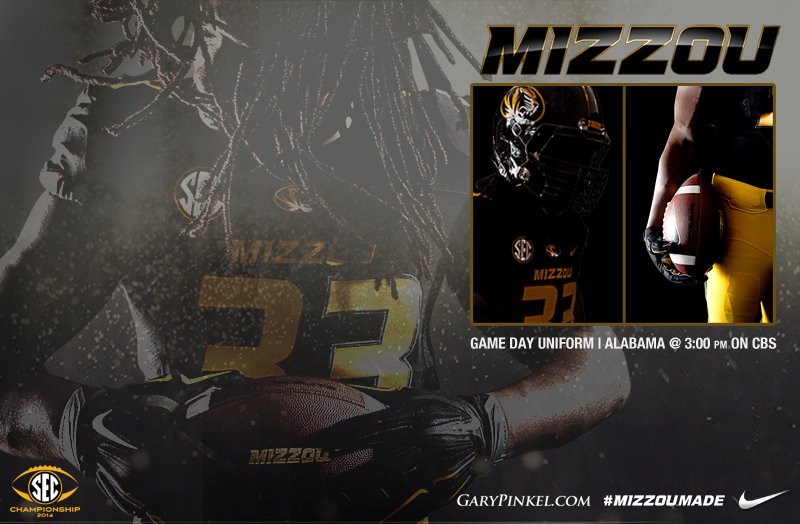 In Mizzou Football’s second trip to Atlanta in two years, the back-to-back winners of the east division will be looking fierce at the SEC championship game this Saturday.

Mizzou will be wearing Nike’s lightweight gold pants, sleek black jerseys, and the traditional tiger head logo helmet. Mizzou Football will stick to its roots and wear a traditional Nike Uniform combination that showcases the Mizzou black and gold.

“We’re keeping it a classic look this week,” said senior defensive end Markus Golden. “We’re ready to get out there, we’re excited to play.”

Each Mizzou Football player has a lot on the line to play for this week, but most importantly, they will be playing for each other. Head Coach Gary Pinkel instills a family atmosphere every year into his program. Freshman players are given “big brothers,” and Coach Pinkel holds family dinners at his home to give players of all different positions the opportunity to get to know one another better.

Watch the Mizzou Football family this Saturday, December 6 as they take on Alabama in Atlanta at the Georgia Dome in the SEC championship game. Kickoff is set for 3 p.m. CT and will broadcast on CBS. Fans can follow Mizzou Football on Twitter, Instagram, and Facebook and listen in via Tiger Network radio affiliates for updates throughout the game.