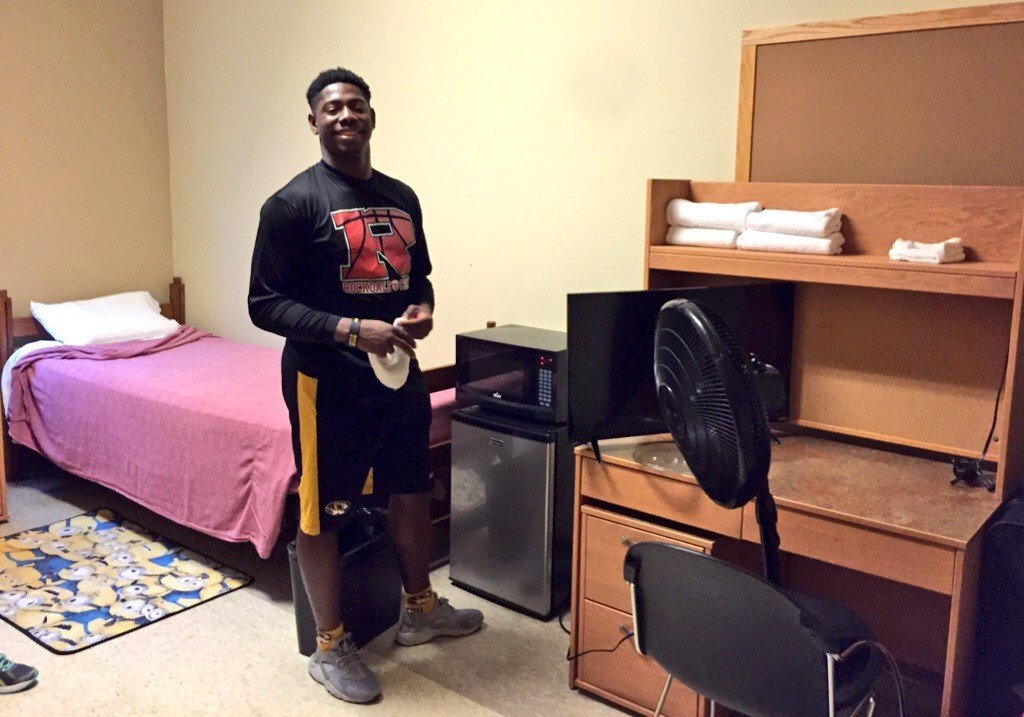 Mizzou Football Fall Camp officially began Wednesday, August 5 when the team moved into the dorms. Coaches assign veteran student-athletes with rookies as a “big brother” to help guide them through camp. Clarence Green, Charles Harris, Jason Reese, and Mike Scherer show what the first day is like for a Mizzou Tiger in fall camp.