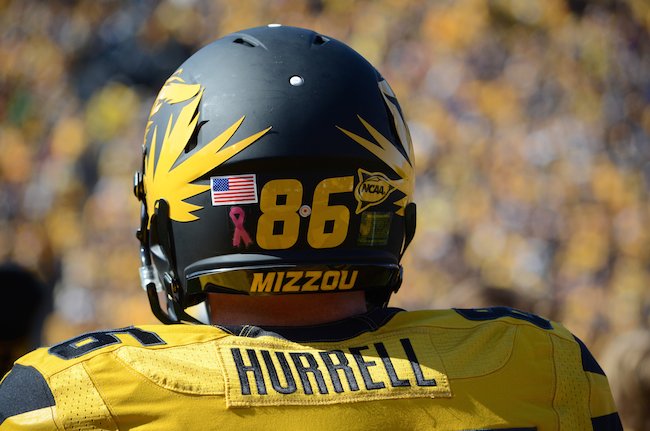 snapper Jake Hurrell always knew he wanted to play at the next level. However, he didn’t imagine it would be at the long snapper position.

“My high school coach told me that long snapping can take you somewhere and pay for your college,” said Hurrell.

The redshirt sophomore now has his high school coach to thank for that advice. Hurrell not only received the opportunity to play football at the next level, but also started 14 games last season as a freshman and had two tackles on punt returns. He won the team’s Special Teams Player of the Year award and received the 2013 Spring Team Most Improved Special Teams award.

This season, Mizzou expects big things from Hurrell as he will be the long snapper for all kicks and punts.

“When we’re out there and I look between my legs and see Baggett it’s like alright, another day in the office,” says the St. Charles, Mo., native.

Mizzou fans can look for Hurrell’s snaps on Saturday, September 13, as Mizzou Football takes on The University of Central Florida at The ZOU. Kickoff is at 11 a.m. CT and will air on the SEC Network.