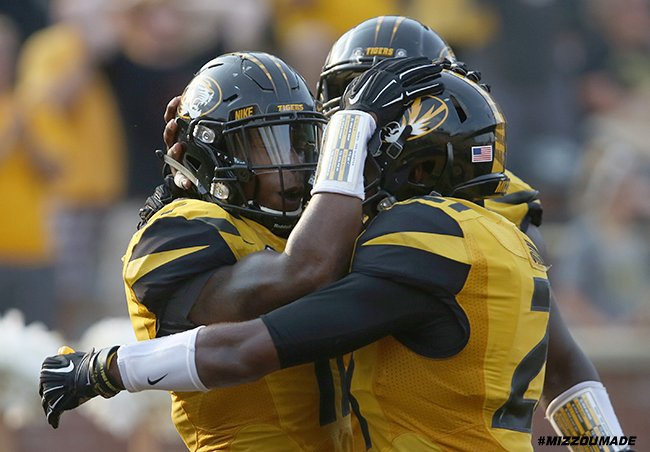 COLUMBIA, Mo. – Kentrell Brothers had a career-high 16 tackles and a blocked punt, and Mizzou quarterbacks threw three touchdown passes as the No. 24/23 Missouri Tigers cruised to a 34-3 win over Southeast Missouri on Saturday at The Zou.

True freshman Drew Lock saw action on the first drive of the second quarter, and drove the Tigers on a eight-play, 48-yard series that ended in a 39-yard Andrew Baggett field goal to boost the margin to 17-0. On his second series, which came midway through the fourth quarter, Lock scrambled before finding a wide-open Tyler Hunt for a 78-yard score. Lock finished his three series 6-of-10 for 138 yards a the TD.

Among Brothers’ stops were 1.5 tackles for loss, and his late third-quarter block of an attempted pooch punt deflected directly to Aarion Penton, who never changed stride on his way to a 41-yard score to put the game out of reach. His 16 tackles were the fourth-highest by a Tiger in a game in the 15-year Gary Pinkel era.

Mizzou Football: The Law of Accountability
Scroll to top