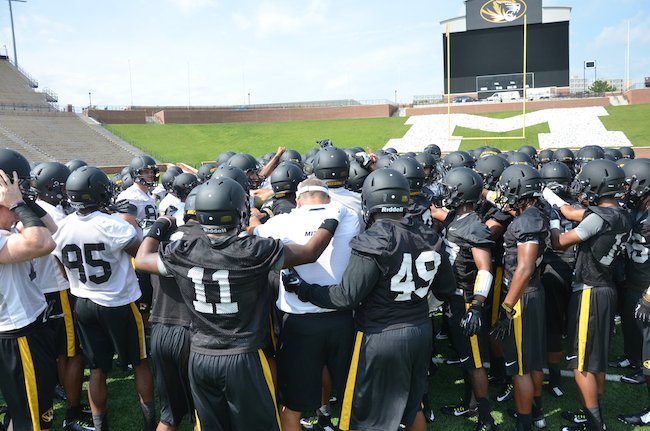 One step closer to the start of the 2014 season, the Mizzou Football team had its first fall camp practice on Monday, August 4 at The ZOU.

“We got a lot of fundamental work done,” Head Coach Gary Pinkel said after practice. “We have to watch the competitive drills that we have because we don’t have proper pads on. But other than that I thought we did good work.”

The Mizzou Tigers will play their first 2014 season game on August 30 in the home opener against South Dakota State. Kickoff is at 2:30 p.m. CT.