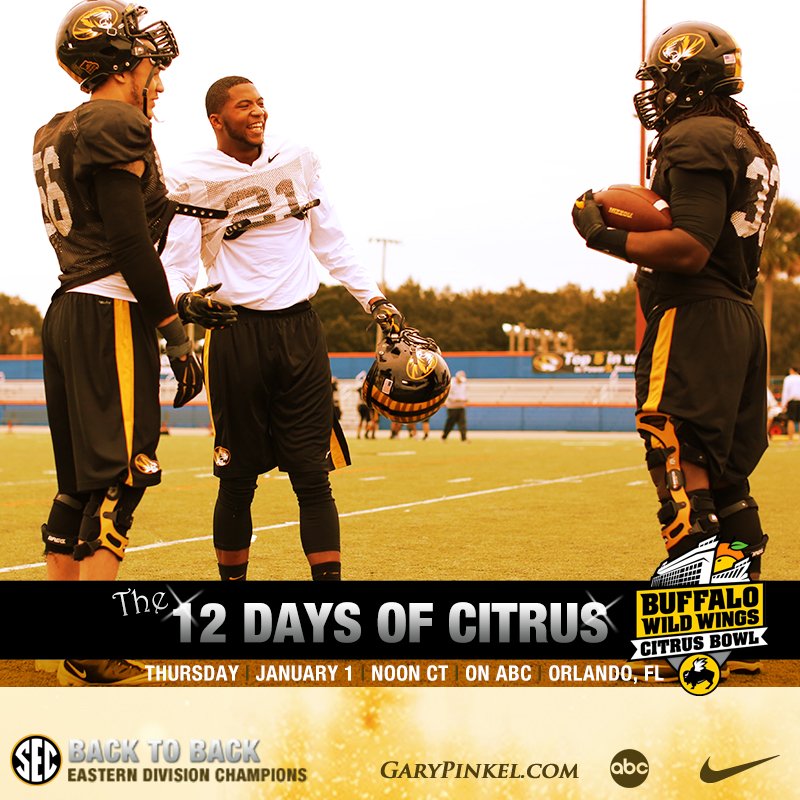 most families spent Christmas morning opening presents by the fire, the Mizzou Football Family spent theirs in the Florida heat, preparing for the 2015 Buffalo Wild Wings Citrus Bowl in Orlando, Fla.

The team was full of Christmas cheer during their morning warm-ups. Christmas tunes including “All I Want For Christmas Is You” and “You’re A Mean One, Mr. Grinch” were the background music of choice as the Tigers sweated out in the tropical Florida weather. As a Christmas tradition, Coach Pinkel asks each position group to sing a Christmas carol before practice. The freshmen led the team in singing “Jingle Bells.”

The Tigers have had their fair share of fun and games amidst their workout schedule. Players, coaches, and their families have had the opportunity to experience Christmastime at Walt Disney World Resort in Orlando.

Mizzou Football continues practice on Friday, December 27. They will take the field at Citrus Bowl Stadium to play Minnesota on Thursday, January 1, 2015 at 12 p.m. CT. The game will air on ABC. Fans can follow Mizzou Football on Twitter, Instagram, and Facebookand listen in via Tiger Network radio affiliates for updates throughout the game.

Watch #MizzouMade Players in the NFL: Week 17
Scroll to top