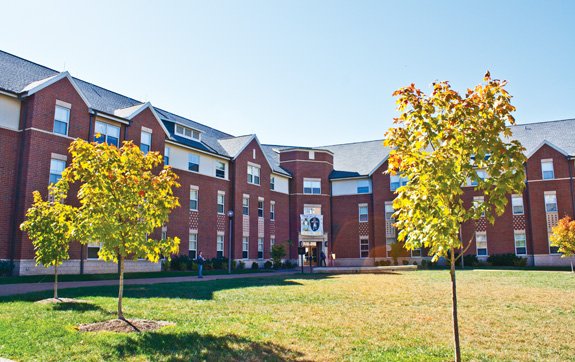 Junior center Evan Boehm and senior left guard Anthony Gatti filmed their experience as they walked into South Hall on the Mizzou campus to report for the first day of Mizzou Football camp on Sunday, July 3.

Before Gatti entered the hall, Boehm asked Gotti how it felt to enter his fifth and final Mizzou Football camp.

“I’m just ready to get going,” Gatti said. “Just practicing my butt off and getting ready for the first game.”

First-time players had a few more activities to attend, including a rookie meeting at 3:30 p.m., followed by academic orientation at 4 p.m. and a first-year players meeting at 6:15 p.m. Freshman players are also given “big brothers” on the team to help them get used to the campus and Mizzou Football.