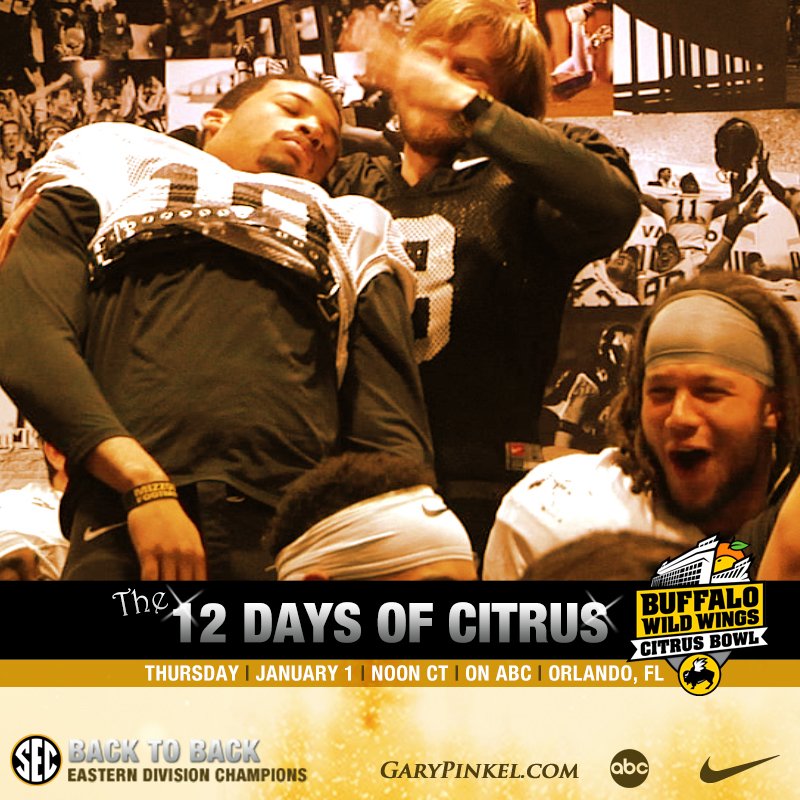 came early for the Mizzou Football Family this year as Don Barnes, Director of Equipment Operations, unveiled the Nike brand apparel specifically crafted for the team’s trip down to Orlando, Florida to play in the 2015 Buffalo Wild Wings Citrus Bowl.

With their partnership with Nike, Mizzou has been able to design uniforms and team apparel that highlight the strengths and traditions of the athletic programs.

The gear for the 2015 Citrus Bowl is no exception to Mizzou Football’s fresh apparel. The selection includes everything from hats to shoes to bowl and travel sweats. With each item reveal, members of the Mizzou Football family did not hesitate to cheer, shout, and express their excitement.

In designing the apparel that Mizzou Football will take with them to Orlando, Barnes kept climate in mind. “We’re going to Florida, and it’s warm, so we put a bunch of t-shirts in there,” Barnes said.

Included in the gear was the custom jersey for game day and the Nike bowl shoes, which drew a huge round of applause from the players. GaryPinkel.com will reveal the full game day uniform on December 30.

To hold all of the apparel the team will be sporting, Barnes also included a state-of-the-art travel bag. Players’ numbers will be on the bags, as well as the 2015 Citrus Bowl logo.

“This is absolutely our favorite piece,” Barnes said. “It’s the coolest travel bag we’ve ever done.”

The Tigers, with the help of Nike and Mizzou Athletics leave for Orlando on Monday, December 22 for the 2015 Citrus Bowl. They will take on Minnesota on January 1 at 12 p.m. CT on ABC by ESPN.

Check back tomorrow for Day Two of 12 Days of Citrus for a look at the events and activities the Mizzou Football family will be participating in leading up to the 2015 Buffalo Wild Wings Citrus Bowl.