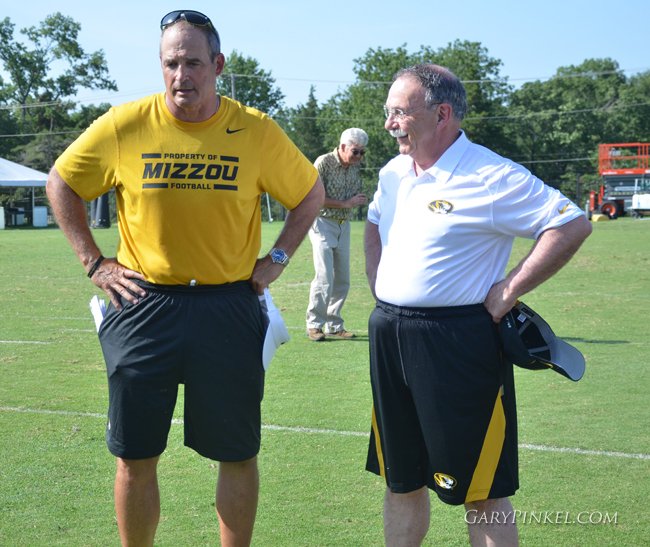 University of Missouri Chancellor R. Bowen Loftin spoke to Mizzou football on Wednesday, August 20. Loftin thanked the team for being Mizzou students and Mizzou athletes. He also explained how it is difficult to do both.. The Mizzou football program strives to have many of its athletes graduate from the university.

The Chancellor also hit on another main initiative of Mizzou football, which is to represent the university in the best way possible. He explained how most other students do not get the platform that athletes do where the nation can watch them on television. Loftin’s wise words to the Mizzou football team were: “Use the platform wisely. Use it to show world what a great place Mizzou is and what a great Tiger you are.”

Mizzou Football kicks off its 2014 season against South Dakota State On August 30 at 2:30 p.m. The game will be televised on ESPNU.