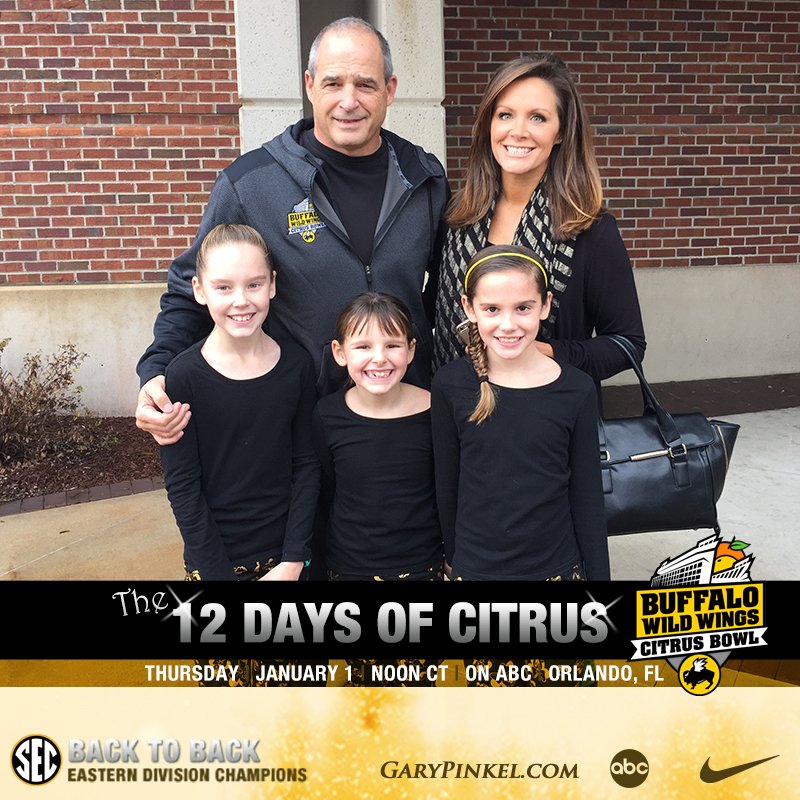 Mizzou Football family has touched down in Orlando, Florida, in preparation for the 2015 Buffalo Wild Wings Citrus Bowl against the Minnesota Golden Gophers on January 1, 2015.

The bowl game is a family affair for the Tigers. Parents, siblings, friends, and other people close to members of Mizzou Football will be included in the festivities and events leading up to the game. Many of them arrived in Orlando early with the team.

The players, staff and families were all smiles as they arrived at the Hilton Orlando. They received a warm welcome with customized bowl logos on the hotel windows and cheering Tiger fans in the lobby.

The Mizzou Football family will be able to find some down time in the warm Florida weather before game day against Minnesota. The 23rd and 24th of December will be free days for the student-athletes, and gpmade.org will give fans a look at how they’ll spend those days in the Tuesday and Wednesday editions of 12 Days of Citrus.

Mizzou Football will take the field at Citrus Bowl Stadium to play Minnesota on Thursday, January 1, 2015 at 12 p.m. CT. The game will air on ABC. Fans can follow Mizzou Football on Twitter, Instagram, and Facebook and listen in via Tiger Network radio affiliates for updates throughout the game.