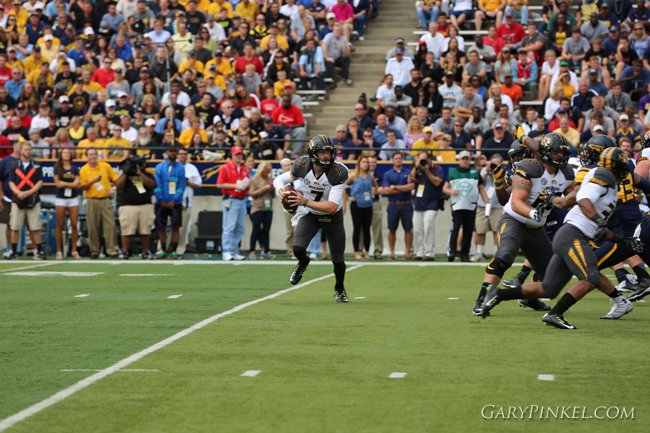 quarterback Maty Mauk is the SEC Offensive Player of the Week, due to his incredible 6-touchdown performance against Toledo on Saturday, September 6.

Maybe it was the smell of home cooking that inspired Mauk’s career day—Toledo is only 75 miles from where he competed on Kenton’s high school football field back in the day, setting national records for passing completions, yards, and touchdowns along the way. Mauk’s five passing touchdowns tied his own record, which he set last year when he threw for five TDs against Kentucky, a record he shares with Mizzou Made Chase Daniel, now quarterback for the Kansas City Chiefs.

Mauk hit four different receivers for five touchdowns through the air, and he added one on the ground on his way to becoming the first Mizzou player to be SEC Offensive Player of the Week.

Mauk also now shares Mizzou’s own single-game touchdown record with former standouts Terry McMillian and Corby Jones, both of which posted their share of the record in 1969 and 1997, respectively.

Mauk credited the performance to his teammates.

“It means a lot, but obviously you can’t do it without the five guys up front protecting me,” Mauk said. “They gave me a ton of time to throw, and our receivers were in the right spots in the right time and it’s my job to get them the ball, so it was a great group effort.”

Mauk and Mizzou will host to the University of Central Florida Knights on September 13. The game is slated to kickoff at 11 a.m. in The ZOU and will air on the SEC Network and on the radio via Tiger Network.