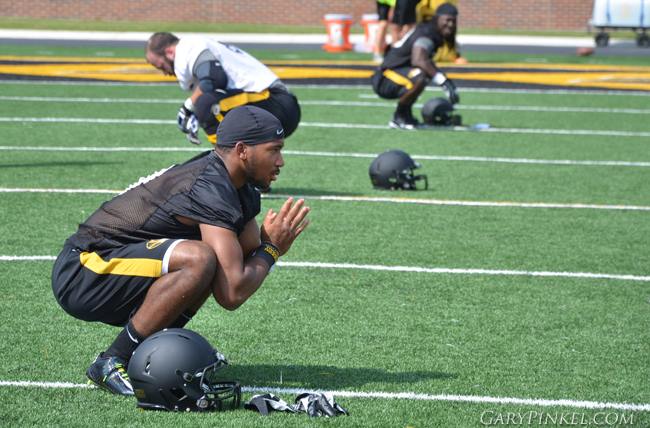 Earlier this week Mizzou Football players chose four seniors to represent Mizzou at midfield during the pregame coin toss and lead the team out onto the field each game day.

“All four of [the captains] are very vocal, on and off of the field,” sophomore quarterback Maty Mauk said.

“Bud Sasser and Markus Golden aren’t afraid to speak up and say something when somebody else is doing something wrong,” he said.

“Mitch has been the expectation that has been set for the offensive lineman,” Ray praised. “He’s physical, he’s smart, and he knows what he’s supposed to do.”

He even took the time to formulate three good reasons as to why the captains are worthy of their positions: they’re awesome, they do everything right, and they couldn’t ask for better players to lead the team into battle.

“We go through sort of a war as in Sparta and Persia out here,” Ray said. “It is very intense.”

“Markus is full of enthusiasm,” Ray said. “He brings this intensity every day, and sets the standard for the defensive line as well.”

With only 23 days until Mizzou Football opens the season against South Dakota State, get more coverage of the team on Twitter and GaryPinkel.com.